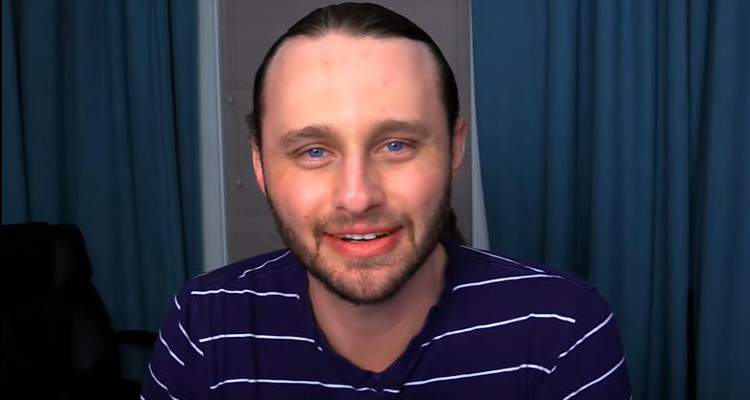 In another blow to the YouTube community, popular online gamer, Ian Stapleton, better known as SSundee, announced his hiatus. The recent news sparked #PrayForSSundee to trend on social media. What happened to SSundee? We’ve got the scoop right here.

YouTube has had a rough few days. After Logan Paul’s disastrous suicide video polarized social media, another popular YouTuber is going through a tough phase. Ian Stapleton, better known by his online persona, SSundee, announced his hiatus from YouTube. His fans are splitting hairs after his declaration. But they are also incredibly supportive of him. Why is SSundee taking a time off? Find out here.

Why Did SSundee Go on Hiatus?

Ian Stapleton became popular on YouTube where he played video games and did insanely hilarious ceremonies anytime something happened. He started with playing Minecraft and became popular with gaming sessions of Clash of Clans, Call of Duty, League of Legends, and Pokémon Go.

The former Air Force vet raked in more than 8 million subscribers on his YouTube channel and soon became a star. But with the popularity came its fair share of problems.

His Twitter account was hacked, his Minecraft team disbanded, he left the military, and turned his focus to YouTube. He uploaded videos with his friend, Lancey but they suddenly stopped working together for undisclosed reasons.

The 29-year-old took time off YouTube in early 2013 and returned few months later. Fans were overjoyed but also confused since he didn’t immediately explain the reason for his hiatus. He later revealed that he was going through a divorce with his wife, Madelyn “Maddie” Stapleton.

As his YouTube career took off, Maddie appeared on his channel. They uploaded videos playing Minecraft and The Sims 3. Though things did not work out between them, he later met another Maddie whom he married in 2014.

Stapleton has a son, Colton, from a previous relationship, who appears in a few videos where they do father-son activities.

While things appeared to be dandy, it looks like Ian and Maddie have hit a rough patch. He stopped uploading new videos on his channel as of December 27, and his social media activity was limited.

@SSundee all of us have been always been with you even when you took a small break without @YouTube and we will always be with you #PrayForSSundee ALL THE BEST and thank you for the amazing vids pic.twitter.com/qAxgparEI0

However, on January 3, SSundee broke his silence to announce that he’s taking another hiatus to work on his relationship. What happened to Maddie and SSundee? According to the gamer, he dedicated way too much time to his channel and didn’t spend as much time with Maddie.

In the tearful video, he clarifies there was no incident of infidelity, as such rumors are bound to crop up. He was simply not paying attention to his significant other while throwing himself into YouTube. He emotionally appeals to his young fans to not ignore their loved ones.

His heartbreaking video struck a chord with fans. SSundee’s followers have been trending #PrayForSSundee on social media with heartfelt messages of support. Stapleton’s hiatus is not indefinite. He promised to return soon and in the meantime, his fans continue to express support for him and his wife on social media.