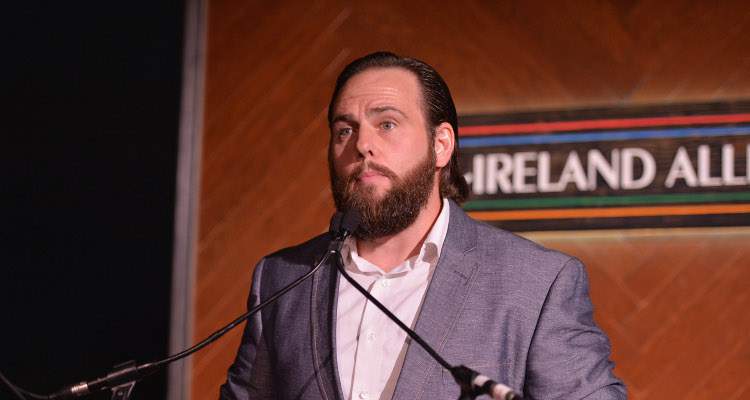 Shay Carl is the vlogger behind popular YouTube channels like Shaytards and Shaycarl. He shot to fame after Philip DeFranco watched one of his videos and organically promoted it on his channel. Carl, along with his wife, Colette Butler, and kids, delivered a series of interesting videos to his fan base of over three million. However, they made an awkward exit from social media after Shay was accused of cheating with cam model Aria Nina. Find out more about Shay Carl, right here.

YouTuber Shay Carl is one of the most popular names on the video-sharing website. His name is almost synonymous with his channel, which garnered millions of subscribers over the past few years.

To those of you who have supported us on this journey weather it has been from the beginning 7 years ago or 2 seconds ago I say thank you! ❤️ This is a momentous day and I am grateful for all of you and the unending support and love we receive from you! Thank you and Merry Christmas!!! #4MShaytards @shaycarl

Most of his videos openly demonstrated his loving bond with wife, Collette Butler. The duo also documented the lives of their kids, and successfully recorded their fourth child’s entire journey on the online network since his birth.

However, their popularity took a major hit in February 2017 when cam model Aria Nina threw nasty accusations at the vlogger. So, what happened to Shay Carl? What did Shay Carl do?

According to Nina, she was involved in a flaming online affair with Shay Carl for months! She made the shocking confession on YouTube’s “DramaAlert” channel during the February 12 episode. But, she clarified that they were only involved in a virtual affair and had never actually met in person.

While Carl refused to comment on the incident, he made an abrupt exit from YouTube and deleted his Twitter account soon after. The YouTube star blamed alcoholism for his exit. However, his statement is believed to be an excuse to avoid the cheating allegations against him.

While Shay Carl never admitted to his online affair with Aria Nina, his silence implied it, according to some. The cam model also posted snapshots of her chats with Carl on Twitter, most of which have now been taken down. Even though the YouTuber did not openly address the scandal, he is said to have confirmed it to fellow YouTuber, Keemstar.

Shay Carl’s wife, who recently made her return to YouTube, made a sudden disappearance from the website around the same time her husband did. While she failed to comment on the details, she posted a nine-minute video last month that gives us cues on Shay Carl’s alcoholism and the trouble that occurred in the couple’s seemingly perfect marriage.


Where Is Shay Carl Now?

Shay Carl and Colette Butler made a silent exit from social media in February, after a video was uploaded to their Shaytards channel titled, “Let’s Disappear for a Year.” However, the couple still made small appearances on various videos of other YouTubers. And now, it looks like they are now back on YouTube and slowly revamping their virtual presence.

Butler, who appeared briefly on her sister-in-law’s vlog during her hiatus, will now be active on the web series, The Mom’s View.

Shay made a brief return on the Internet and has now reactivated his Instagram and Twitter accounts. His Twitter recently saw a photograph of him with skateboarder Rob Dyrek last month, which left fans anticipating more.

Although both Shay and Colette are back on social media, they haven’t posted any updates on their YouTube channel.

While Shay Carl and his wife are slowly making a return to social media, the fate of their children and the Shaytards channel stills remains undecided.