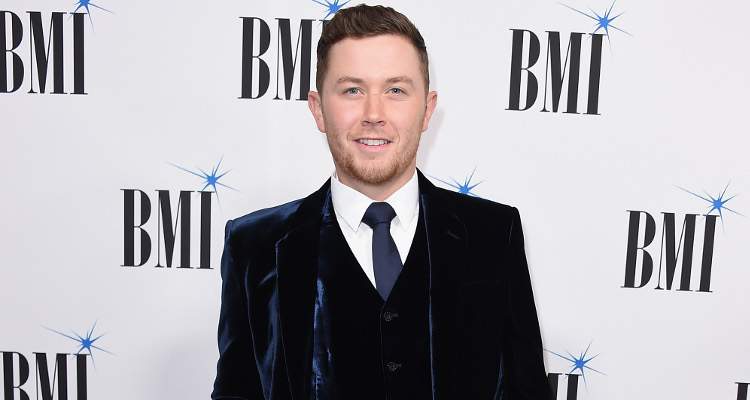 During his red carpet appearance at the CMA Awards, singer Scotty McCreery could not stop glowing with his fiancée, Gabi Dugal by his side. So, what happened to Scotty McCreery? Keep reading if you want to know the answer to that as well as information about Scotty McCreery’s fiancée.

What Is Scotty McCreery Doing Now?

In May 2017, McCreery released his latest single, “Five More Minutes” to streaming services. The track was co-written by Monty Criswell, Frank Rogers, and Scotty McCreery.

Talking about the song, he said, “I wrote this song in early 2015, and the day that I wrote it, I tweeted that I thought I just wrote my favorite song I’ve ever written, and that still holds true today. It was just a couple weeks after I lost my Granddaddy Bill, so I was just talking to them about that and where I was in my headspace.”

McCreery added, “Anytime you lose somebody, everybody thinks about things you wish you could’ve said to them before they passed or something you wish you could do again. For me, it would’ve been golfing with him. Just chatting about that and Monty had the idea for ‘Five More Minutes,’ and we rolled with it.”

In fact, in June 2017, he released a music video of the track that includes his home videos. It seems like the song touched a lot of hearts because it is the first to be released without a record label. It even ranked on the Country Aircheck/Mediabase Top 50.

Everyone knows the best kind of rocking chair is a @crackerbarrel rocking chair! Yall go take a rock in one of the 650 chairs at #CMAfest to support the CMA foundation! For every rock, a donation will be made to the foundation! #Rockathon #CBMusic

Norbert Nix, the General Manager of Triple Tigers Records, said about the deal, “We are very proud to represent Scotty McCreery, he is an absolute pro and an artist of great integrity. We were blown away when we heard ‘Five More Minutes’ and are looking forward to representing Scotty’s new music to his millions of fans.”

“I’m very excited to become part of the Triple Tigers/Sony Music Entertainment family. They believe in me and my music, they work hard, and for being a brand new company, they are already succeeding. I am fired up to see what we can achieve together,” the singer said.

It looks like McCreery, in 2017, is occupied with many things. Aside from the new deal, he got engaged, making this the year of many new beginnings for the 24-year-old.

Scotty McCreery’s songs are amazing. And it comes as no surprise that the American Idol season 10 winner has so many fans.

Who Is Scotty McCreery’s Fiancée?

I would fian"say" we had a great time tonight at the #CMAawards!

McCreery dated Gabi Dugal for a very long time. They met in kindergarten but only started dating  almost six years ago. It was in September 2017 that he went down on his knee and asked her to marry him near Grandfather Mountain, the couple’s favorite place.

McCreery said about the proposal, “I’ve been planning this moment for so long that it feels surreal for it to have finally happened. Gabi is the perfect girl and my true love, and I cannot wait to begin building our life together as husband and wife.”

He also revealed, “My fans instantly embraced Gabi once they learned we were dating and have always been loving towards her. When she graduated college last year, many of them brought me gifts for her at my shows and book signings. I will always appreciate their kindness to her.”

Gabi Dugal graduated from the University of North Carolina at Chapel Hill and is currently working as a pediatric cardiac nurse at Duke University Hospital.

Undoubtedly, Scotty McCreery and Gabi Dugal look adorable together. Congratulations to the pair on their engagement!