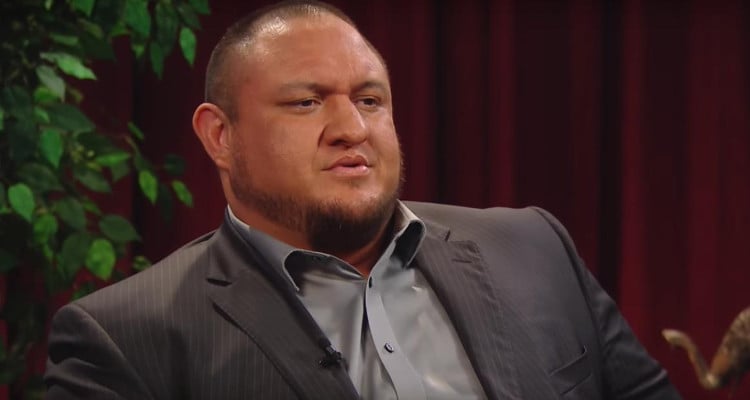 A lot of people were hoping that Samoa Joe would return to the ring soon. However, there is no news about his return yet leading many to wonder, where is Samoa Joe? To find out what happened to Samoa Joe, keep reading because we will answer all your questions!

38-year-old Samoa Joe has made quite a name for himself in the world of wrestling. Samoa Joe’s WWE career is a renowned one in the industry. The 38-year-old American professional wrestler signed a contract with WWE and has also performed on the RAW brand. Joe is famous because of Total Nonstop Action Wrestling and Ring of Honor.

Fans are fascinated with watching WWE and are aware of well-known names in the industry. Lately, fans have not seen Joe in the ring and are wondering, where is Samoa Joe now? Keep reading to find out.

What Happened to Samoa Joe?

Fans of Joe will be upset to know that currently, Joe is on a break. He suffered a knee injury back in late August and is currently waiting for it to heal. So, this is the reason that he has been missing from the ring for months now. Also, because of his knee injury, Joe was out of the main event picture and also off WWE TV.

Talking about his injury, Joe said, “The recovery’s going really well but I’ve only been able to perform at about 80 per cent capacity since joining NXT. Back then I had no chance to take time off because of the WWE opportunity, before I was just treating the knee problem with ice and elevation at home.” Joe further added, “Now it’s the best I’ve ever felt, it really is. I also needed nasal surgery as I’ve broken my nose about eight times in my career so I was only breathing at around 60 per cent. You have no idea how invigorating it is now.”

When Will Samoa Joe Return?

A lot of people are desperately waiting for their favorite wrestler to come to the ring again. But, it sounds like Joe could make a comeback soon. There were rumors that WWE wanted Joe to be the fifth member of the Miz’s team against The Shield at TLC. However, the rumors were shut down when Wrestling Observer Newsletter’s Dave Meltzer said that enough speculations was developed because they wanted the news about the fifth guy to be a mystery before they announced the fifth guy to be The Devil’s Favorite Demon.

As of now, there is no credible news about Joe’s comeback. But sources claim, that it’s possible he has recovered from his knee injury and will return to the ring soon. In his interview, Joe also claimed that he is waiting for WWE medical clearance and feels that it will happen soon. Joe’s last match was when he tag-teamed with The Mitz against John Cena and Reigns.

For now, all we can do is wait for Joe to return to the ring. When do you feel Samoa Joe will come back and wrestle? Are you also desperately waiting for his return? Let us know your opinion in the comments section below!