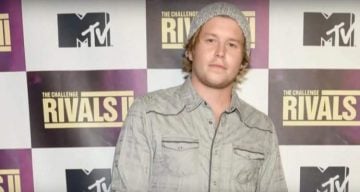 Ryan Knight, a budding star from MTV’s Real World franchise, passed away in November 2014. Three years after his death, MTV paid a tribute to him on The Challenge.

MTV brought together its most familiar faces from Real World and The Challenge for an all new season of The Challenge: Champs vs. Stars. In last night’s (November 28) episode, the show paid tribute to Ryan Knight who passed away three years ago. If he was alive, he’d certainly be part of The Challenge today. He was definitely an unforgettable personality, though scandalous, in Real World. What happened to Knight from Real World? Find out here.

Contemporary young adult problems like substance abuse and addiction was the theme of MTV’s Real World franchise. Most of the cast battled these problems at some point in their lives, which got them on the show.

Ryan Knight overcame addiction before he starred in 2010’s Real World: New Orleans. He was a hockey player who lost his college scholarship and became addicted to painkillers after sustaining injuries.

On November 26, 2014, the evening before Thanksgiving, 28-year-old Knight enjoyed a night of partying with several close friends. On Thursday morning, he was found dead at his friend’s home in Kenosha, Wisconsin, his hometown.

MTV confirmed his death in a statement saying, “We are saddened to hear the news of the passing of Ryan Knight. Our thoughts and condolences are with his family and friends at this difficult time.”

His death at the time came as a shock to many. According to his friends, he was gushing about a new relationship that night. He passed away less than two weeks after the death of fellow MTV offshoot, Diem Brown.

Diem Brown was 32 when she passed away on November 14 of ovarian cancer. Knight co-starred with her on The Challenge, and tweeted a picture of their time on the show together when she died. A day before her funeral, he shared touching words for her, “She’ll fly the highest and shine the brightest. And without a doubt she’ll be dancing over us. Love Ya DB.”

How Did Ryan Knight Die?

At the time, Knight’s autopsy reports weren’t immediately revealed and his cause of death wasn’t known. But there was speculation that his past addiction problems could have to do with his death.

A few days before his death, Knight posted cryptic tweets that caused some speculation. In the early hours of Thanksgiving morning, he tweeted “You used to mean a lot.” His followers also attempted to decode his quote, “Have the type of life, that when you die no one will dare say, ‘he left us for a better place,’” which he tweeted a few days earlier.

His friends, who were partying with him the night before his death, had their own claims about what killed him. Some said they saw him taking pills, but he didn’t tell what they were. Others claim he choked on his own vomit.

According to initial reports by authorities, Knight’s friends and paramedics tried to save him to no success. “There were no obvious signs of injuries to Mr. Knight. It should be noted that Ryan had complained of stomach issues the last two days. At this time we are looking into the [cause of] death being medical or accidental, pending toxicology,” said the Kenosha police chief at the time.

Months later, in March 2015, Knight’s autopsy reports were finally disclosed. According to the Kenosha medical examiner, he died of accidental acute mixed drug and alcohol intoxication. Three drugs, including a painkiller and an anti-anxiety medication, were found in his system, but his death was ruled accidental.

MTV dedicated The Challenge: Battle of the Exes II to Knight and Brown. Not only did his fellow MTV stars pour out their grief, his girlfriend, Makenzie Jauer took to Instagram to express her loss.

His ex-girlfriend, Jemmy Carroll wrote, “Words will never be enough to justify the connection we shared and the pain I will forever feel. RIP.”

His fellow MTV alums, Zach Nichols called him his “buddy” and said, “You lived your life in the fast lane, and your smile was contagious.” Jasmine Reynaud, Johnny Reilly, Nany Carmen Gonzalez, and others also grieved over his death.

It’s been three years since he died and MTV took the opportunity to pay tribute to both Knight and Brown in the latest episode of The Challenge: Champs vs Stars.

Today marks the three-year anniversary of Ryan Knight's passing. Watch #ChampsVsStars tomorrow @ 10/9c to see a special tribute to the man, the myth, the legend. He will be forever in our thoughts and our hearts ? #RIPKnight pic.twitter.com/XBsP5sLswb