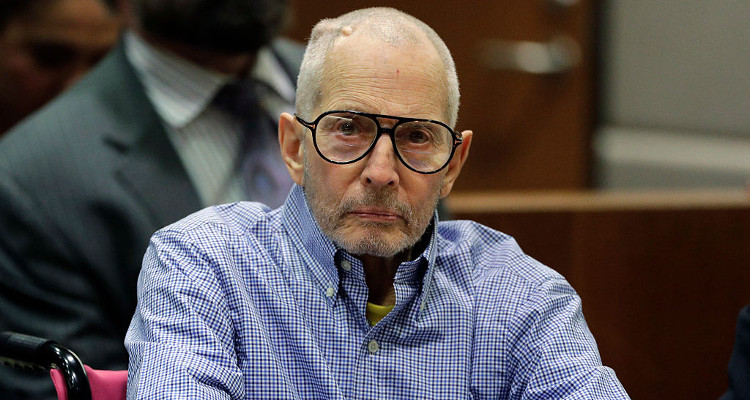 When it comes to Robert Durst, some questions remain unanswered. What happened to Robert Durst’s wife? Did he really kill her? Were those really videos of Durst confessing his crime? Are they for real or doctored? Keep reading to know the full story!

Many witnesses claim to have heard Robert Durst confess to the chilling details of his wife’s murder. But did Robert Durst kill his wife?

Susan Berman was one such witness, and she was murdered in 2000 in her home in Los Angeles. In this high-profile court case, allegations and denials are running fast and thick.

In a recent update, 72-year-old Nathan “Nick” Chavin confessed that Berman told him about Durst’s murder confession by saying, “He told me. We have to do what we can to protect him.”

But Berman was allegedly murdered by the very same man she wanted to protect. Chavin was a secret witness and brought to the crime scene flanked by bodyguards.

For Those Who Came in Late

Born to real estate mogul Seymour Durst and Bernice Herstein, Robert Alan Durst is a man accused of many crimes, both petty and serious. There was a time when his family members, including his brother, had taken restraining orders against him but were later dropped in December 2014.

Durst has been charged with cases of alleged foul play against three people in three different states, including dismembering his neighbor, Morris Black. But, he was acquitted of the latter after he proved that he did it in self-defense.

The Disappearance of Kathleen McCormack Durst

Who is Robert Durst’s wife? Well, she is Kathleen McCormack Durst, known as Kathie to her friends. She was last seen by the guard of the apartment. And, what seemed like a mere disappearance at first, turned out, later on, to be quite mysterious, with her cottage being ransacked and mailbox left opened.

Robert Durst claimed to have put his wife on a train, but Kathleen McCormack Durst’s sister, Mary McCormack Hughes, feels otherwise. She is convinced that Durst killed her sister.

At a later date, Durst’s close friend, Susan Berman, was found dead in her own house. It’s alleged that Durst killed her as well, as she seemed to have known a lot about the murder, which is what lead to her death. But, Durst never confessed to killing both women, at least not when he thought anyone was listening.

In 2015, HBO decided to telecast the six-part documentary titled, The Jinx: The Life and Deaths of Robert Durst. The turning point came when Durst allegedly confessed to killing the women when he thought that no one was listening. Fox’s coverage shows video footage of parts of the trial, and information of his chilling confession to his friend, Nick Chavin. But in the final moment’s of The Jinx, Durst’s microphone was allegedly left on when he went to the bathroom and you can hear him speaking, allegedly confessing to the murders.

“What did I do? Killed them all, of course,” were the words Durst allegedly used. Check out the video below to see the clip for yourself.

The case against Robert Durst is unlikely to start in 2017 and, there have been several witnesses in this case, many of which have been kept a secret. This means that their identity can’t be revealed until they testify in court.