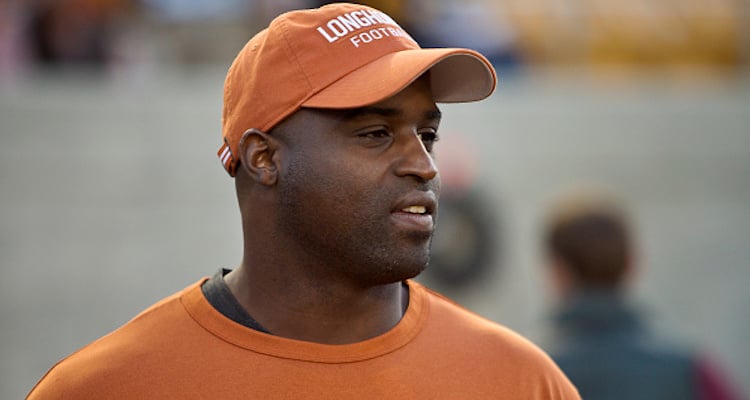 For a period of time, Ricky Williams was one of the most talked about NFL players in the game. At first, it was due to his excellence on the field. Then, it was about what Ricky Williams was doing outside of football; drug suspensions, multiple retirements, and then after the Ricky Williams 30 for 30 special, he kind of faded out of the limelight. What happened to Ricky Williams? Where is Ricky Williams today? We’ve got all the answers that you’re looking for, right here.

Ricky Williams: Before the Fame

Errick Lynne Williams Jr. was born on May 21, 1977, in San Diego, California. His parents were a young couple in every sense of the phrase. His mother, Sandy Williams, was only 19 years old. His father, Errick Williams Sr., was 18. They divorced when Williams was just five. While he initially struggled academically, things turned around eighth grade, and he eventually made the honor roll in high school. It was also in high school that Williams began getting heavily involved in sports. He was a solid wrestler, track, and baseball player. In fact, he was drafted by the Philadelphia Phillies in the amateur draft right after graduating. But it was football that he excelled at. His high school football career was exceptional enough to earn him a college scholarship to the University of Texas, playing for the Longhorns. During his four seasons with the team, he racked up some incredible stats as a running back, including rushing for a total of 6,592.

At the end of his college career in 1998, Williams had a choice to make: After being drafted by the Montreal Expos and then traded to the Texas Rangers, he could stick with baseball; or he go with football and enter the 1999 NFL draft. He chose football and was drafted by the New Orleans Saints. He went on to have stints with the Miami Dolphins, the Toronto Argonauts (in the Canadian Football League), the Dolphins again, and then finally with the Baltimore Ravens. While his NFL career was solid, some wonder what might have been, as Williams had an issue while with the NFL and that issue was testing positive for marijuana use.

When he was traded to the Dolphins in 2002, it became obvious that he was shy, which caused him to seem a little odd. He only dealt with the people he wanted to deal with, and not talk to those he didn’t. He conducted interviews with his helmet on, as it had a tinted visor that allowed him not to make eye contact. What no one knew at the time, was that Williams had undiagnosed clinical depression and social anxiety disorder. In order to combat these issues, he self-medicated with marijuana. He was busted for it when he first joined the Dolphins, but in December 2003, he was busted again, this time there was a hefty fine attached, as well as a four game suspension. In 2004, ahead of rumors of a third drug violation, Williams announced his intentions to retire, and did so in August that year. He sat out all of 2004 but returned in 2005. In 2006, he was suspended for drug policy violations again. Not being able to play in the NFL, Williams turned to the CFL for that season. The rest of his career was without drug violations until the day he retired for good. But one has to wonder if those missing games and seasons would have been different had those suspensions not happened.

So, where is Ricky Williams today? After his time in pro football, he was professionally diagnosed with clinical depression and social anxiety disorder. While therapy helped, he did not like how the medication for his conditions affected him. Marijuana, however, seemed to help more than the prescription drugs did, and it didn’t come with the side effects. He became an advocate for medical marijuana use, especially in athletes.

While off from his 2004 season, Williams became interested in holistic medicine, healing, and yoga. To that end, he is now a trained yoga instructor. He is also on a non-animal product diet that is very similar to veganism, with the exception that he eats Greek yogurt. Ricky Williams, as of 2017, is still involved with football as an analyst on the Longhorn Network. He appears on two of their programs, Texas GameDay and Texas GameDay Final.