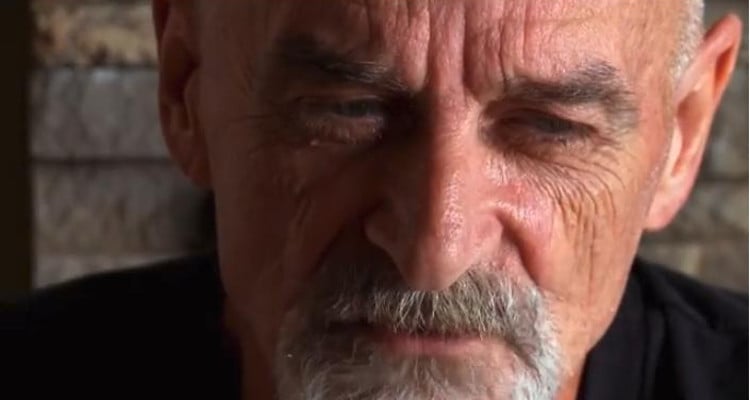 The famous Idaho standoff that happened in Ruby Ridge sends chills down the spine even today. The man in question, Randy Weaver, and his daughter Sara survived the siege, but his wife Vicki was shot in the head in 1992. Find out where Randy Weaver is now, along with what happened to the Weaver family.

Randy Weaver now lives in Montana with his children and grandchildren, and 20 years after the incident, the Weavers say they have learned to forgive the government for destroying their family. If you want to know more about the what the infamous Weavers are doing now, then you need to keep reading!

Randy Weaver’s Ruby Ridge standoff is a very popular incident, especially among people in the state of Idaho.

Randall Claude Weaver, mostly known as Randy Weaver, was in the U.S. Army and was assigned to the U.S. Special Forces in the ’60s and ’70s.

He retired from serving the country in 1971 after he was given an honorable discharge from the Army.

Weaver married Victoria a month after he left the Army, and the couple had four children: Sara, Samuel, Rachel, and Elisheba.

The couple believed in a fundamentalist approach to life, and Vicki would often say that the Apocalypse was imminent. She had recurrent dreams on similar lines and was sure of it.

The family then decided to move out of the “corrupted civilization” and settled in a cabin in the woods.

Weaver bought an 8-acre piece of land in Ruby Ridge and began building his cabin. The family started learning how to live without electricity and would live on a more survival basis.

The children were all homeschooled, and soon the family moved to their cabin.

The Weaver’s neighbor, Terry Kinnison, and the family got into a $3,000 land dispute, which Kinnison lost and was to pay an extra $2,100 in damages and court costs.

He was the one who informed the FBI that Weaver had threatened to kill the President, the Pope, and the governor of Idaho.

In 1985, Weaver and his wife were interviewed by the FBI about belonging to the Aryan Nations, a white supremacist religious organization.

The FBI then began probing further into the family and their whereabouts, to ultimately survey the cabin and prepare for a standoff.

A Siege That Is Anguishing to Date

Weaver’s son, Samuel, and a family friend named Kevin Harris, both took guns and went out to see what the issue was.

The marshals began retreating, but eventually took defensive positions behind the trees. In later reports, the question of who fired first is still disputed, as Harris and Weaver said that the marshals fired first without identifying themselves.

The standoff began, and the family and the marshals exchanged crossfire. The Weaver dog and 14-year-old Sam were fatally shot, and a federal agent named Bill Degan was also shot dead.

FBI’s Hostage Rescue Team (HRT) were called upon to assist. The next day, August 22, 1992, sniper teams were deployed to keep a birds-eye view of the cabin.

Weaver went to see the body of his son which was dragged into a shed nearby, and his back was to a sniper.

Lon Horiuchi was aiming at Weaver’s spine and was looking for an instant kill, but he got his shoulder instead.

Sara, 16, was with him at the time, and she began running towards her mother who held 10-month-old Elisheba in her arms.

The snipers got Vicki in the head, killing her instantly. The standoff went on for 10 days, after which Weaver opted to surrender.

"I heard gunshots. And then I heard more gunshots, and so I started to get worried." Twenty-five years ago today, on August 21, 1992, the eleven-day standoff at Ruby Ridge began, following a shootout in the woods. There will be a special encore broadcast of our documentary, #RubyRidgePBS this Thursday, August 24 at 10/9c on most @PBS stations (check your local listings). (?: Sara Weaver) . . . #OKCityPBS #PBS #americanexperience #tdih #otd #rubyridge #history #onthisday

A post shared by American Experience (@americanexperiencepbs) on Aug 21, 2017 at 1:49pm PDT

What Happened to Weaver and His Children?

Weaver was charged with 10 counts of firearm charges and murder, but his attorney Gerry Spence was successful in arguing, and the court dismissed two of the ten counts. Eventually, Weaver and Harris were both acquitted of all charges, except for the charge of Weaver missing the original court hearing.

The family now, more than two decades later, lives in Kalispell, Montana, and Randy’s three surviving children are all working.

Randy Weaver, 69, is a grandfather now, and his eldest child Sara said in an interview, “All bitterness and anger had to go, I forgave those that pulled the trigger,” choosing to put the past behind her.

The family received a total of $3.1 million as compensation by the Justice Department for killing Vicki and Sam.

The family terribly misses their wife and mother and said that the feeling would never go away.

News
Deanna Bettineschi Leaving WAVY-TV: Where Is She Going?
Advertisement