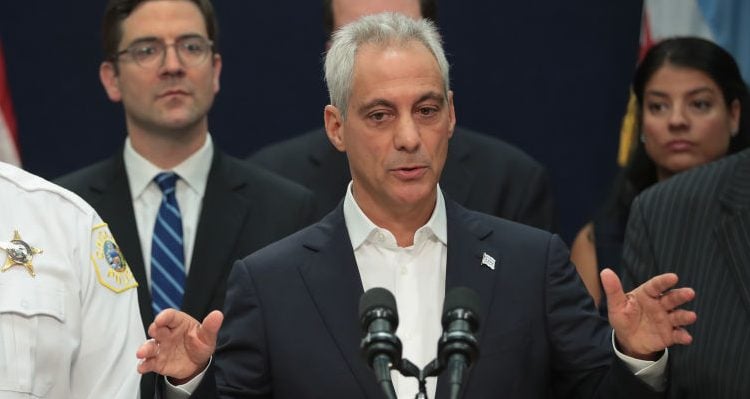 Considering that Rahm Emanuel is the current mayor of Chicago and was a presidential advisor in the past, it’s no surprise he’s in the public eye. As a result, people often wonder what happened to Rahm Emanuel’s finger. How did Rahm Emanuel lose his finger? Keep reading to know more about Rahm Emanuel’s missing finger, as well as his career in office and personal life.

Emanuel’s father, Benjamin M. Emanuel, was born in Jerusalem and worked as a pediatrician at Michael Reese Hospital in Chicago. His mother, Marsha Emanuel, worked in civil rights and even owned a club specializing in rock and roll at one point.

Ezekiel Emanuel is a very successful oncologist and bioethicist. He also served as a professor at Harvard Medical School.

Meanwhile, Ari Emanuel went a completely different route and ended up in the entertainment industry as an agent. He currently serves as co-CEO of the William Morris Endeavor, and served as an inspiration for Jeremy Piven’s character in the HBO series, Entourage.

Emanuel began his political career small, but got his first big break as the director of the finance committee for President Clinton’s first presidential campaign. He is often credited as one of the main reasons behind the campaign’s successful financial backing, which helped Clinton fight off his various opponents. He was rewarded with an advisor’s post in Clinton’s White House from 1993 to 1998.

Between 1998 and 2002, Emanuel worked in the private financial sector until he ran and won the U.S. House seat in the 5th district of Illinois. He held that seat until 2009, at which point Emanuel took over as chief of staff for President Obama’s White House.

In 2010, Emanuel left his chief of staff position to run for Mayor of Chicago. Not only did he win that election, but he was also reelected in 2015. It is not known at this time if Emanuel will seek a third term.

Rahm Emanuel’s middle finger is missing. And, given some of the stories that float around about Emanuel’s early days in politics, it wouldn’t surprise many if he had lost it in a fight with a political opponent or if he cut it off as a sign of loyalty to one of the presidents he worked for.

As it turns out, the story doesn’t involve politics. Emanuel lost his finger due to an accident at work!

When he was a teenager, Emanuel worked for the fast food chain Arby’s, and cut his middle finger on a meat slicer. Instead of seeking medical attention, he held off to attend his prom!

In the meantime, Emanuel’s finger became infected, and things got very serious quickly. He explained on the television show, 60 Minutes the severity of what occurred due to this slice and lack of treatment.

Emanuel said, “I ended up with two blood infections, two bone infections, gangrene, two weeks in the hospital, a 105 fever, and was about one day away from looking at the other side of the ledger.”

As such, a large portion of Rahm Emanuel’s finger had to be removed to stop the infection from spreading and getting worse. A simple story but one you may be able to relate to.