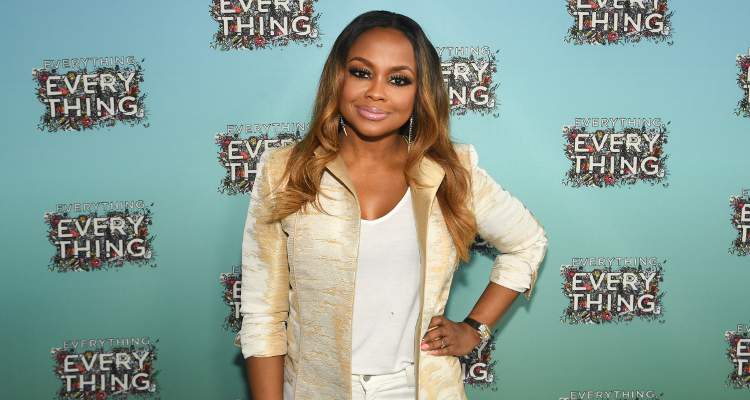 The Real Housewives of Atlanta are back with season 10, but without Phaedra Parks. After the disastrous conclusion to RHOA season 9, Parks was not included in the season 10 lineup. Was Phaedra Parks fired from the show? We’ve got the scoop!

“You can’t always get what you want, but I can.” Golden words from Phaedra Parks in her last season of Real Housewives of Atlanta. Apparently, Phaedra wanted drama and she got it; except that it led to her getting the boot from the show! What happened to Phaedra Parks? The drama stirrer is conspicuous by her absence on RHOA season 10. Where is Phaedra Parks now? We’ve got all the details here.

If you watched the season 9 reunion special, you’ll understand why none of the Housewives or Bravo crew want to work with Phaedra Parks ever again. The drama went just as any reunion special goes: Tears, screaming, and severed ties.

To sum it up, Phaedra alleged that Kandi Burruss and Todd Tucker planned to drug Porsha Williams and take her home. As it turns out, the Kandi-Porsha date-rape story was all made up! Watch What Happens Live host, Andy Cohen put Phaedra on the hot seat and she was busted for making scandalous and unconfirmed accusations against Kandi.

Since she stirred up the unwanted drama, Bravo decided not to call her again. Season 10 premiered with our favorite ladies, with Phaedra visibly missing from the crew. There were rumors that she might return later in the season, but those have since been denied. In fact, according to BET, Phaedra is the one hounding the RHOA producers to get a spot back on the show. It has been reported that she is not doing well financially and wants to work back on the show. She has allegedly kept in touch with some of the ladies.

Somebody said you were looking for me? HERE I GO IN #MEXICO #birthdayweekend

Andy Cohen summed up the decision to not invite Phaedra back on the show in an interview saying, “The question that we look at now with Phaedra is, when the reunion ended, none of the other women wanted to have anything to do with her. So that’s what you have to look at. How do you shoot a show about a group of friends when no one is speaking to one of the friends?”

Phaedra, on her part, called foul and accused the show’s producers of throwing her under the bus and feeding her false information. Bethenny Frankel, a veteran of the franchise from the New York counterpart, denied the show would stoop so low.

“The producers do not make you do these things at all,” confessed Frankel. “The producers don’t know exactly what’s going on, so they might say, ‘Are you going to talk to Kandi about this?’ They don’t know. They would never do that. It would be a massive problem. This isn’t The Hills, it’s real. It really is. So yeah, no, that would never happen.”

There’s no word on what Phaedra is up to these days. Rumors swirled that she was dating former Criminal Minds star, Shemar Moore after using her social media to make everyone think she was! She posted a photo of Moore holding her closely, as she kissed his cheek, and the caption was enough to make everyone stop dead in their tracks wondering if the two were actually together! Moore denied the dating rumors, saying they only met once.

According to E!, Moore explained: “This thing, it’s crazy to me, I just woke up, like last week and everybody’s like, ‘Phaedra, Phaedra, Phaedra — and look, I met Phaedra doing a nighttime talk show with Andy Cohen and Andy Cohen does this thing late at night and he likes to get you to drink. And so you’re loose and you have fun on his show.” He continued, “So I walked in and I saw Phaedra and I know who Phaedra — I’ve heard of Phaedra and she was looking like… and so she looked at me and I kind of had this sense of like, ‘Oh, she thinks I’m the guy from The Young and the Restless or ‘She thinks I’m a certain Shemar.’ And I said, ‘Well, I’m gonna introduce you to a different kind of Shemar.'” The smooth-talking Moore quipped explaining their flirty encounter, but insisted he really does not know her at all.

“So I just decided to have a good time and she was such a good sport and we played and we flirted and we got our little kissy face on. And then that went viral and that’s the first and the last time that I’ve ever seen or met Phaedra.”

Reports claim that there’s no love lost for Phaedra in RHOA. The ladies, particularly Kenya Moore, is even overjoyed that Moore exposed Phaedra’s lies! Even her former “Frick and Frack” bestie, Porsha appears to have replaced her with Kim Zolciak.

The look on #bae face when you tell him tonight is your night ? @swatcbs premieres on @cbstv & @globaltv @10/9c #1 #babygirl Tune in! Set your DVR!

Guess we’ll have to wait and see how this season pans out following Phaedra Parks’ departure.