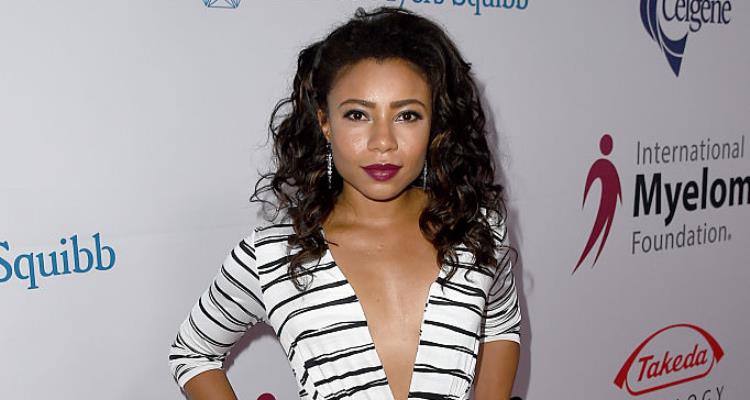 Things are changing on NCIS: New Orleans season 4—especially for actress Shalita Grant’s character! If you tuned into Tuesday’s episode, then you know what we’re talking about. If you didn’t, then leave now! Spoilers ahead! Now that we’ve got that out of the way, we can get back to business. Why did Percy leave NCIS: New Orleans? If you’re dying to know the answer, then we have got you covered.

What happened to Sonja Percy on NCIS? If you missed what happened to one of the show’s favorite characters, then we have what you need. Brace yourself and try to hold back the tears!

A year ago, fans were assured that Grant’s job was safe, but now, her character has taken a different turn. It was revealed that Agent Sonja Percy was leaving the show, but fans weren’t really sure how. Now, after four seasons of kicking ass, the beloved agent is leaving New Orleans behind.

Tuesday’s episode opened with Percy telling the team that she declined that FBI job offer that she was considering. Little did Percy know that her day was about to get worse before it got better. During the episode (and her last NCIS mission), Percy went undercover in a dangerous poker game, which led to her being taken hostage by a Chinese operative—at gunpoint!

Things got even more complicated when LaSalle was put in danger after also being kidnapped. As we all know, Percy isn’t one to back down and as she drove closer to where her captors wanted, she drove faster. What happened next? She drove so fast that she was able to flip the SUV they were in! Sadly, she told Pride that she was turning in her badge after all, which he accepted. After all that, Percy realized that she made her initial choice out of fear and is now ready to pursue a career in the FBI.

Also Read: What Happened to Kaneki in “Tokyo Ghoul:Re?” Where Is Ken Kaneki?

Her teammates were eavesdropping, of course, and gave her a proper send-off at the bar. This, of course, means that LaSalle was losing the “City Mouse” to his “Country Mouse” and the two reflected on not acting on their feelings for each other. Is it over for them? For now, yes, but who knows down the line. At least they got to share one final goodbye hug!

Why Is Shalita Grant Leaving NCIS?

There are often times that actors become difficult and can’t work well with the studio, but this isn’t one of those times. As stated by her manager, Grant left the show on her own terms and is leaving to pursue something new. The exit was “amicable and agreed upon” and she’s reportedly “moving on to the next great thing.”

It’s not uncommon for actors to want a change after a few seasons, despite how hard it is to find stable work in the arts. At least this way, the door is always left open for Percy to make a comeback! (Never rule out a comeback!)