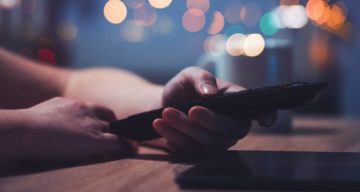 While future seasons of My 600-lb Life remain uncertain, fans remain intrigued about some of the most memorable personalities who appeared on the show. Pauline Potter came on the TLC show hoping for Dr. Now’s help. She had recently held the Guinness World Record for being the heaviest women alive. She didn’t count among the success stories of Dr. Now’s program back when she appeared in 2015. However, she has since overcome her problems to achieve her goals. Now fans want to know what happened to Pauline after My 600-lb Life. We reveal where she is now and if she was successful in her weight loss journey here.

Pauline Potter struggled with compulsive eating issues from a very young age. By her early 50s, she weighed a reported 678 lbs.

She held the Guinness World Record for being the World’s Heaviest Woman in 2011, weighing a shocking 643 lbs. She made headlines again for a 100-lb. weight loss in 2012, but her health was still in crisis.

Pauline was desperately in need of medical intervention when she came on My 600-lb life season 3 in 2015. So, Dr. Younan Nowzaradan performed bariatric surgery on her and put her on a strict regimen of diet and exercise.

The treatment hit a snag when Pauline failed to stick to the diet and exercise. She clashed with Dr. Now for resuming her compulsive eating habits after the surgery.

When Dr. Now planned to move Pauline back to the hospital after she gained more weight, she put up a fight. Her failure to cooperate with staff and the regimen resulted in only a 149-lb. weight loss in a year. It was one of the poorest outcomes of the series.

Pauline returned to the spin-off, Where Are They Now, in 2017 to give an update on her health since leaving Dr. Now’s program. Fans were shocked to find out that her health problems had worsened.

Besides eating, Pauline sought comfort in painkillers and developed an addiction. It led to harrowing complications including the formation of an ulcer.

Pauline was hospitalized in 2016 when the ulcer burst and resulted in sepsis. While she recovered, the episode was a wake-up call to Pauline Potter.

She kicked the addiction and was determined to lose weight again. With a renewed dedication to a dietary plan, Pauline was able to shed several pounds and eventually get skin removal surgery in 2019.

In a 2021 post, Pauline revealed she lost a whopping 530 lbs., thus achieving her weight loss goal. She is now one of the biggest success stories from Dr. Now’s program.

Pauline had moved to Houston, Texas, where Dr. Now’s program is based and had been there for seven years. According to her latest Facebook updates, she is back in California a new person.

Pauline is a native of Sacramento. She graduated from Elk Grove High School and American River College.

Moving back home had its fair share of challenges. Per Pauline, the cost of living in Sacramento had gone up considerably in seven years, and the moving expenses were more than she could bear. She organized a fundraiser online hoping to crowdsource the money to move back and find a place to stay in Sacramento.

Also Read: Adam the Bull Leaving 92.3 The Fan: Where Is the Sports Anchor Going?

Pauline has endured family tragedies as well. Her brother, Paul, passed away in 2011, at the age of 47. Pauline continues to remember him throughout her weight loss journey.