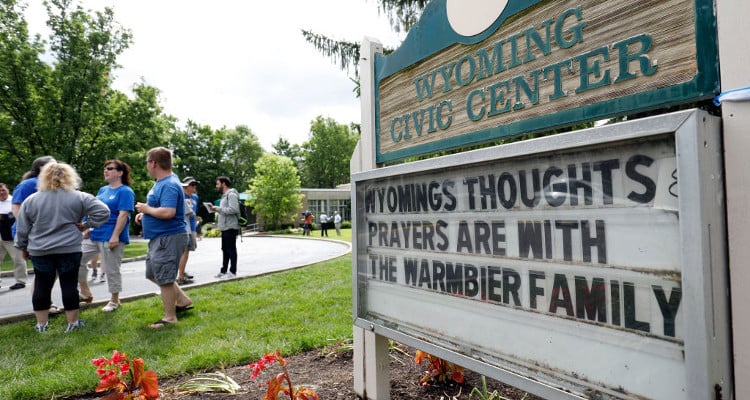 Otto Warmbier was an American college student, who spent more than a year in a North Korean prison. He was vacationing there when he was detained for “hostile acts.” But days after his release and return to the U.S., he passed away.

Otto Warmbier, a college student, is seen smiling with his tour group holding snowballs in a photo. The photo was taken on a vacation that turned grim. After spending more than a year as a deplorable prisoner in North Korea, he was released. But the joy was short-lived for his family. Only days after his return, Warmbier passed away. His death has raised several questions. What happened to Otto Warmbier and how did he die? Continue reading to know more.

From Vacation to Nightmare

Otto Warmbier is the eldest of three children born to Fred and Cindy Warmbier. The family lives in Cincinnati, Ohio, where he graduated from Wyoming High School as salutatorian. He was pursuing a double major degree in commerce and economics at the University of Virginia and did an exchange program at the London School of Economics.

When he was in his junior year, he was planning to study abroad and was researching options in China when he found a company offering trips to North Korea. His parents were okay with his decision to go, considering his adventurous spirit. They later accused the tour operators of luring young westerners.

The 21-year-old traveled to North Korea with 10 other U.S. students in his group, in 2015. While staying at his hotel in Pyongyang, he allegedly stole a propaganda sign from a staff-only floor of the hotel. Harming such items with the name or image of a North Korean leader is considered a serious crime there.

He was arrested at Pyongyang International Airport before he could depart North Korea, while his tour group left without any incident. The authorities described his actions as a “hostile act against the state.”

His trial —which included CCTV footage, his confession, fingerprint evidence, and eyewitness testimony— was shown on international broadcasts. Warmbier repeatedly pleaded in his trial that he was taking the banner as a souvenir for someone back home, who promised to give him a used car in exchange. He added that he was encouraged to steal the banner so he could join a semi-secret society back home that would help him financially. His confession also implicated the U.S. government for his crime.

It is unclear whether he actually took the banner or whether the confession was forced out of him as his family claims. The U.S. government sent envoys to press for Warmbier’s release. However, North Korea sentenced him to 15 years of hard labor, sparking large outcry not only from the U.S., but also human rights watchdogs.

In early June 2017, U.S. Officials and Warmbier’s parents were informed that Otto would be released by North Korea “on humanitarian reasons.” The U.S. government was in the middle of negotiating the release of three other American detainees in North Korea under President Trump’s directions.

His parents told the media that Otto was released by North Korea and medically evacuated. North Korean officials told the American administration that the student had contracted botulism after his trial, and fallen into a coma after taking a sleeping pill one week before his release.

The U.S. administration informed the Warmbiers that their son was in need of urgent medical attention. After 17 months away, Otto was flown to Cincinnati, where he was rushed to a hospital. Doctors tried to determine the cause of his coma and see if there were signs of recoverable brain function. The doctors were skeptical of North Korea’s claims and the Warmbiers alleged that their son was tortured in prison.

On June 15, doctors stated that Warmbier had suffered extensive brain damage and there was no sign of physical abuse. His condition was typical of a cardiac arrest that caused the brain to be denied oxygen. There’s no sign of botulism or sleeping pills.

On June 19, Warmbier passed away at the age of 22. His family issued a statement expressing their sadness, thanking the hospital staff, and condemning North Korean officials for their actions. President Trump, who was in touch with the family at the time of Otto’s evacuation, released a statement about his death. “The United States once again condemns the brutality of the North Korean regime as we mourn its latest victim,” the presidential statement said.