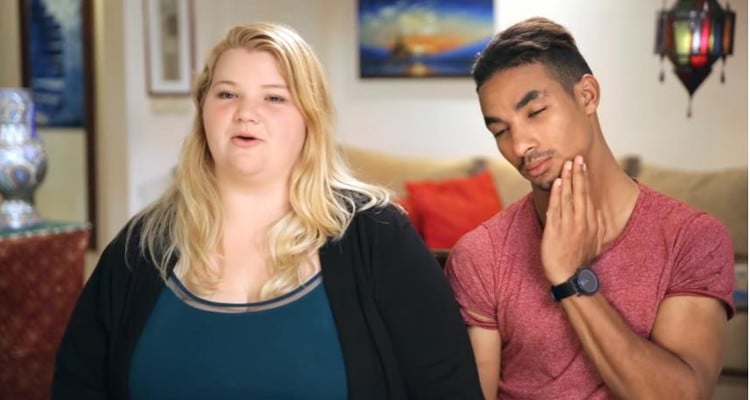 Fans of 90 Day Fiancé know what we’re talking about when we say that Nicole doesn’t need Azan! After the struggles these two went through and the amount of money Nicole dished out for her man, it wouldn’t be a surprise if they called it quits. So, are Nicole and Azan are still together? Read about what happened when Nicole went to Morocco with her daughter, May.

Nicole and Azan: Where Are They Now?

In the latest episode of 90 Day Fiancé, we saw that Nicole tried desperately to call and text her fiancé to talk, but there was no answer. In a tweet a while back, the network announced that Azan called her back. So, did he want to avoid the cameras?

While many people are wondering where Nicole and Azan’s relationship is headed, Nicole herself is probably confused. That Morocco trip proved to be hopeless with parenting troubles, but back in the U.S., she looked like she missed him.

I love these two so much? I love how much they love each other♥️#familyisnumberone #familyfirst

In earlier episodes, fans saw where their arguably toxic relationship was headed, with Nicole confessing that she cheated on Azan. The couple even got into a very heated argument, and things got a bit physical. Nicole ended up pushing and shoving Azan, and screaming obscenities at the top of her lungs. Not at all a good sign of a healthy relationship…

In the latest update on their relationship, Azan apparently stayed in Morocco to complete the K-1 visa process. Back on set, a live update was relayed about how Nicole tried hard to call him during every commercial break.

Azan remained MIA, despite Nicole calling and messaging him during every break. #90DayFiance

Azan ended up calling Nicole back after filming concluded! #90DayFiance

The other couples on the show thought that Nicole deserved better and that a relationship shouldn’t be such a roller coaster. But as of now, it seems as though the couple haven’t patched things up.

The Morocco visit gave Nicole and Azan a fresh perspective about their relationship. Although they initially thought that they would be happily engaged, they might have realized that they are two very different people.

The visit was a little stressful for the couple, and as far as handling May went, Nicole was not happy with Azan telling her what to do and what not to do. It was painful enough to watch the 22-year-old try hard with her baby girl, and Azan did not seem like he understood the situation.

But fans are still hoping that things will get better once Nicole and Azan see each other face-to-face. Don’t miss out on the 90 Day Fiancé season finale, which airs tonight at 8:00 p.m. EST on TLC.