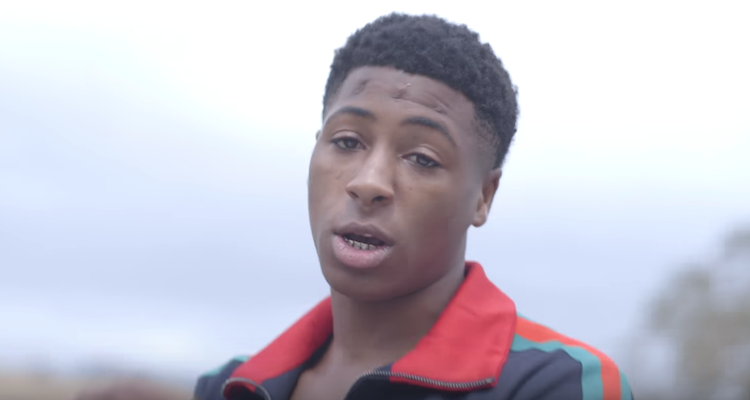 NBA YoungBoy is back in the news again, and again, it’s not for anything good. But like many things in his life, his current run of bad headlines is no one’s fault but his own. Much like NBA YoungBoy’s forehead scars. What happened to NBA YoungBoy’s forehead? And what trouble is he in now? We’ll explain everything, so just stick with us and keep reading.

How did NBA YoungBoy get those scars on his forehead? To put it simply, he had an accident; but it may have been preventable. In an interview (though hard to understand), he explained that the scars are from the halo he had to wear after breaking his neck while roughhousing and wrestling when he was four years old.

But, he got lucky. Help came quickly and YoungBoy made it to a hospital in time to stabilize his condition. A medical halo brace was used to secure his neck in place while he healed. It was that halo brace that caused the scars around NBA YoungBoy’s head.

What Is a Halo Brace?

Essentially, a halo brace is used to stabilize a neck injury. It’s a large metal contraption that fits on top of the shoulders and is then screwed directly into the skull of the person using it.

The halo limits movement and allows for proper alignment that way when the neck heals, it will heal straight and properly.

On a number of occasions, NBA YoungBoy has mentioned feeling blessed to have lived through the accident. He got a second crack at life that other children in that same situation may not have gotten, as a neck injury such as his could have been fatal! Yet, for a guy who feels that this was a blessing, he certainly started living life like he didn’t care much about it.

YoungBoy earned jail time for robbery before his career got rolling. After his career as a rapper began, he had issues with the law again, due to his involvement in a drive-by shooting.

Most recently, NBA YoungBoy has been sued for allegedly wrecking a leased Lamborghini while street racing in June of 2017. On February 25, 2018, he was arrested due to warrants out for his arrest in Georgia. These warrants include charges of kidnapping, assault, and weapons violations.

Shortly after that arrest, a video surfaced of YoungBoy allegedly assaulting his girlfriend outside of a hotel room! YoungBoy’s girlfriend stated they were just goofing around, but many people speculate if that’s true. The video explicitly shows him slamming her to the floor and being very agressive in the hallway. “Goofing around” or now, many became very concerned that she was being abused. At any rate, the timing of the video’s release was not good.