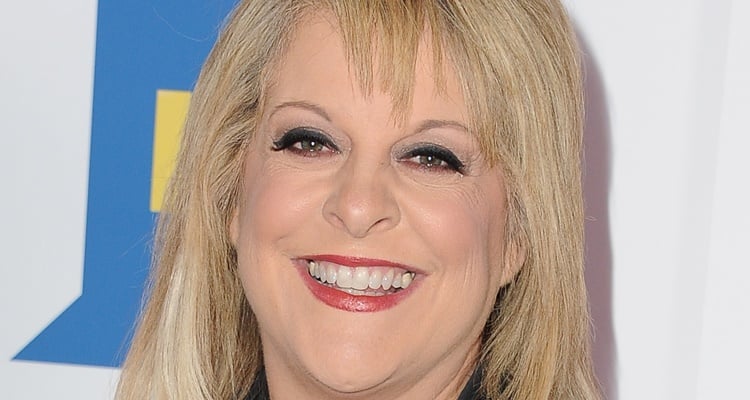 Nancy Grace is a former prosecutor who used her investigating and legal skills to help crime victims in her justice-themed show, Nancy Grace. But after 12 years, the show is getting canceled and Grace is leaving the network. What happened and why is she leaving? Here’s everything you need to know about Nancy Grace’s exit from her show.

Nancy Grace took up law after her fiance in college was murdered. She became a prosecutor and helped other crime victims. In a matter of time, she took to solving crimes on television and became a household name for her own show, Nancy Grace on HLN. Now, after 12 years of investigating cold cases on television, the show has been canceled. Is Nancy Grace retiring from TV or is she going to another network? What happened to Nancy Grace and does it have anything to do with her walking out of an interview? Here’s everything you need to know about the Nancy Grace show.

Nancy Grace enthralled viewers with her gripping crime stories (based on the victim’s point of view) on the eponymous show, Nancy Grace. She came to prominence when she “found” a missing child in a basement in June of 2014. The show dealt with cold cases and Nancy Grace was known to go after the accused until they confessed. The show garnered high ratings but recently had suffered a considerable decline, compared to the ratings it received when it first began.

In June 2016, HLN announced that after a successful 12-year run, the Nancy Grace show would be canceled. Nancy’s current contract with CNN’s sister network was due to expire in October and she had no plans to renew it. The October 13 broadcast of Nancy Grace was scheduled to be the final episode of the successful series.

Grace departed from her network home of more than a decade on good terms. HLN hasn’t stated yet what show would replace Nancy Grace or whether they will have any future collaborations with the former prosecutor. There are plans to employ Grace’s team of experts who worked on her show, for another series similar to Nancy Grace.

Nancy Grace Walks Out of an Interview

The show’s cancellation was announced months ago. However, the final episode’s timing matched Grace’s appearance on a radio show that made her exit even more dramatic. Her book, Murder in the Courthouse, was released on October 11, and her Hailey Dean mystery novel series has been made into a Hallmark movie.

See you all TOMORROW in #Miami to sign my new mystery novel. 10/14 – 6pm at Books & Books! Excited to see you, friends! xxNG pic.twitter.com/wjwW311bKF

Grace appeared on a radio show hosted by comedians, Jim Norton and Sam Roberts, on SiriusXM. The hosts repeatedly asked her about “capitalizing on dead kids,” and the way her show treats crime cases, especially with making catchy hashtags and going after the accused, even before law enforcement can try them properly.

Grace is known to be outspoken, for showing her anger on screen and for a sticking by her very strong views. She responded to the hosts that her show helps people and this interview should be more focused on her book. But when the hosts again asked her about the lawsuits she’s faced, Grace had enough and walked out of the show. You can find the entire 13-minute appearance below.

Grace then appeared on The View, where she explained how she felt during that radio show. Grace’s s contract was due to expire in October and HLN had already announced the show’s cancellation months ago. But this recent interview (and Grace walking out of it) has made the Nancy Grace show’s end rather awkward.

HLN hasn’t made any statements about the show replacing Nancy Grace. Though, the network is looking forward to using the show’s team (the team that helped Grace for 12 years) in making another crime show.

When it was announced that Grace wouldn’t be renewing her contract with HLN, she said that she had no intention of retiring from TV altogether. The self-proclaimed victims’ rights activist is “wedded to a traditional platform—which is TV.” Her immediate plans were not revealed at that time. She did, however, say that she hopes to take her anti-crime voice to a much larger audience.

A few days before the final episode of Nancy Grace, In Touch magazine disclosed that Nancy would be moving to Fox News. The source that revealed it to the magazine said that she is very happy about moving to Fox News because it has the large audience she needs.