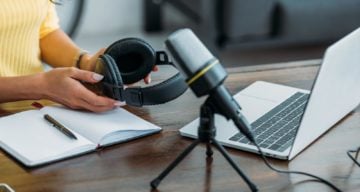 Major changes are coming to the lineup at New York City’s WFAN. The radio station announced Thursday (Dec. 2) a new show is replacing Moose & Maggie in the midday timeslot. Regular listeners have had mixed reactions to the news as well as a lot of queries. Most want to know what happened to Moose & Maggie. Some are curious about the new show and also want to know where Marc Malusis and Maggie Gray are going. Here’s what to expect in the new midday timeslot of WFAN.

WFAN veterans Maggie Gray and Marc Malusis were tapped for the midday timeslot as “Moose and Maggie” in 2020. However, in December 2021, news broke that the Big Apple-based sports radio station canceled their Moose & Maggie show.

While Malusis doesn’t post on social media often, Gray released a statement via Twitter about the cancellation. She seemed in good spirits and there were no apparent hard feelings. She promised to make an announcement about her next gig soon.

You just heard it made official on @CartonRoberts: @TikiandTierney will be taking over WFAN Middays from 10a-2p starting in January!

Tiki and BT may join Craig & Evan later today when their show ends, you can listen live here: https://t.co/mq3It1PnQV pic.twitter.com/0jeb4jHzEu

Moose & Maggie had mixed reception from listeners and less-than-impressive ratings. Nonetheless, most agreed that WFAN management needs to offer a public explanation and should have given the longtime anchors a better send-off than abruptly pulling their show off the air.

Moose & Maggie will be replaced by a new show in the midday. Retired New York Giant-turned-media personality Tiki Barber and talk show host Brandon Tierney, who have hosted together on CBS Sports Radio Network for almost a decade, including the popular Tiki and Tierney show, will now bring their dynamic and established listener base to WFAN.

Barber and Tierney are expected to finish their tenure at CBS Radio this month before they make the move to WFAN.