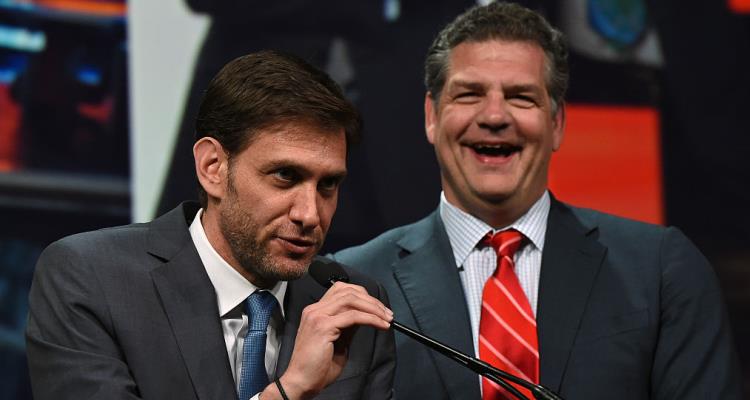 With Mike & Mike going off the air in just a few days, you may wonder what next? Well there is much more in the works and all you have to do is to wait. As ESPN is already working on the construction of another studio in Manhattan, we’ve got the scoop on Mike & Mike’s last show.

If you are an avid sports enthusiast, then we bet you know about the famous sports-based talk show hosted by Golic and Greenberg, who share the same first name, Mike. Hosted on ESPN Radio and on the television simultaneously, the Mike & Mike show is also broadcasted by many other ESPN affiliates at various times. So, what happened to Mike & Mike? Why is Mike & Mike ending? Keep reading to find out!

What started as a show in the year of 2000 has lasted a wholesome 17 years. Over the years, the show has been famous for the hilarious banter between the two Mikes, while keeping their audience entertained and updated on everything in the world of sports.

With Mike & Mike’s last show airing on November 17, Greenberg mentioned that he was “endlessly grateful” to Golic, his partner in the radio show for all these years. However, it was time to close the curtain and find a new project. Greenberg revealed that he will soon start a new show on the same channel titled Get Up, along with Michelle Beadle and Jalen Rose as the co-hosts. The show will be on air once the channel, ESPN completes the construction of its latest swanky studio in Manhattan.  “It’s a terrific title because it can mean a lot of different things — not just ‘wake up’ but ‘let’s get going and be the best we can be today,'” Greenberg said about his new show’s name. “Get up with Greeny and Beadle and Jalen. It’s perfect,” he added.

The pair of Mikes are slated to officially separate and go their own ways on November 17th.  According to sources, Mike Greenberg is to start a new show as a host, while Trey Wingo will be added as the new co-host to Mike Golic. On the show heard by millions of audiences, Golic quipped that he felt like he needed to “shower” after the show, since he was seated between his future co-host and soon-to-be-former-host. Though the banter was light as usual, it still carried a very odd undercurrent to it, something which even the audience felt. It was awkward, to say the least.

Meanwhile, their Twitter page is abuzz with messages and posts surrounding the heartbreaking split. Tweets of loving support continue to spill in from fans of the famous on-air duo. They will certainly be missed!