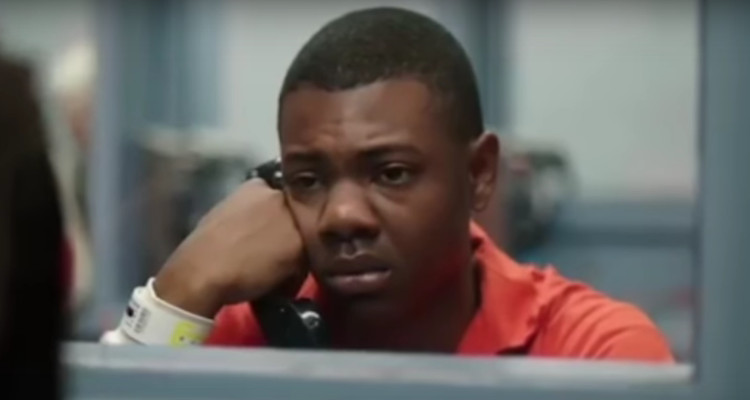 In the season 2 premiere of Queen Sugar, Micah winds up in jail for no reason and is released only when his NBA-star father pulls a few strings for him. He is left traumatized by this singular experience and it has shaken him to the core. His parents are worried about the long-term effects of this incident and try to help him.

The Bordelon family is facing a tough time as their complicated lives seemingly spin out of control.

Going to jail is one of the most traumatic experiences you can have in your life. If you are not guilty of any crime and still get thrown in the slammer, then the trauma goes to a completely different level.

Micah gets into trouble with the law, and this is shown in the season 2 premiere of the TV series Queen Sugar, which aired as a two-episode special on June 20 and 21, 2017, on the Oprah Winfrey Network (OWN).

Thanks to the positive reception given to the first season of Queen Sugar, the makers of the series worked hard and aired the season 2 episodes on OWN.

Oprah Winfrey is the executive producer of Queen Sugar, an American drama television series based on the novel of the same name by Natalie Baszile. It documents the life of two sisters, Nova Bordelon (Rutina Wesley) and Charley Bordelon (Dawn-Lyen Gardner), and their brother, Ralph Angel (Kofi Siriboe).

Nova is a tough journalist and activist from New Orleans, Louisiana, while Charley, a forward-thinking woman, has left her posh home in Los Angeles, California, and has moved to Louisiana to claim her rightful share of the property left behind by her recently deceased father.

The property is an 800-acre sugarcane farm, and Charley also has to raise her teenage son Micah single-handedly. Their brother Ralph is also a single parent, but he is unemployed and must deal with the absentee mother of his child, who is a drug addict.

Thrown in the Slammer

It is in this tumultuous environment that Micah gets into trouble and lands up in jail. Micah drops off his girlfriend in his expensive sports car, given to him as a birthday present by his NBA-star father, and is returning home when he is asked to pull over by a police officer.

Micah has been obeying the laws of the road, but obviously, the police officer, seeing him with an expensive car, has doubts and asks for his registration papers. He reaches over to his passenger seat, and the officer pulls a gun on him. Micah is then put into jail by the police.

Davis West, Micah’s father, uses his fame and contacts to get Micah released from jail. This results in an argument with Charley and himself over his methods.

Micah is in bad shape because of his jail experience as he was treated like a common criminal and is further troubled by his parents’ divorce. He’s never had such an experience in Los Angeles and doesn’t know how to come terms with it.

His father knows how bad the situation is and is worried that Micah could become permanently scarred by this traumatic experience and tries to bond with his son. However, it’s easier said than done.

Dignity in the Face of Problems

Queen Sugar season 2 episode 10 takes the story forward and sees an unexpected meeting between Ralph and Darla which creates issues between them. Darla (Bianca Lawson) is a recovering drug addict and is Ralph’s ex-girlfriend and mother of their six-year-old son named Blue.

Lorna brings up old tensions in the family in the presence of Charley’s mother while Violet goes and sees a doctor about her recurring symptoms. Meanwhile, Violet Bordelon (Tina Lifford) is a mother figure to the Bordelon children.

Queen Sugar focuses on the trouble and travails of an African-American family and how they struggle to come to terms with a disturbed past, a complicated present, and the unsure future. It showcases the quiet dignity with which the characters live their lives, even though the going gets tough.