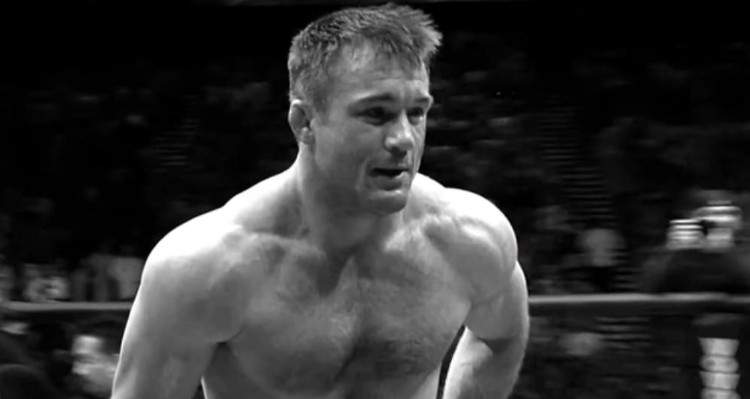 One of the greatest MMA fighters in the UFC, Matt Hughes suffered a serious injury last year and almost died. But after fighting for his life, he made an emotional return to the Octagon. What happened to Matt Hughes last year? Here’s what you need to know.

The greatest pound-for-pound fighter, Matt Hughes fought and won some of the toughest fights in the Octagon to be crowned UFC champion twice. But he’s truly a great fighter who fought his way back to recovery after a horrific accident nearly killed him. Less than a year after Matt Hughes’ car crash, he returned to the UFC where the promotion paid a tearjerking tribute to the champ. Keep reading to know more about Matt Hughes’ miraculous road to recovery.

On June 16, 2017, reports broke that Matt Hughes was hospitalized after a serious car accident. He was driving his truck at a crossing near his home in Montgomery County, Illinois when a train crashed into the truck’s passenger side.

Hughes suffered a head injury and had to be airlifted to the hospital. He was placed into a medically-induced coma because of the brain bleed. A couple of days after the accident, his family revealed that he didn’t suffer any broken bones, but was unconscious and minimally responsive.

He was in a coma for over a month in HSHS St. John’s Hospital in Illinois. His family consulted the Triumph Over Tragedy Foundation, which helps patients with brain and spinal injuries, to determine the next steps in Hughes’ treatment. The fighter, who retired in 2013, was a member of the foundation’s board.

To the relief of his family and fans, Hughes came out his coma in July 2017. His longtime coach and friend, Pat Militech relayed an update about the UFC Hall-of-Famer’s miraculous recovery. “He is surprising the doctors,” said Miletich, “He’s making great leaps and he’s no longer in a coma, and he’s improving. It’s going to be a long road. Any type of head trauma at that level, there’s going to be some rehab.”

At that time, Miletich also explained how the accident occurred. According to him, Hughes’ truck was stuck and wasn’t able to cross the tracks on time when the train rammed into him. “The [train] engineer said, Matt had stopped on the gravel road. It’s a hill, goes up, it’s a real quick hill that goes up to the railroad tracks. He had stopped, then tried to get across it in time. The train was going almost 50 MPH.”

I can't even describe the emotions I am feeling as I write this post. Less than two months ago I didn't know if my best friend was going to make it, and tonight we made a jail break for sushi (in disguise. Ha). Talk about a rollercoaster of emotions! His progress is nothing short of a miracle. He is working so hard and fights through the frustration. He is, as he's always been, an inspiration. I can't wait to hit the mats with him again…and he told me today that he has "one more round" left in him! Ha. (He laughed…but definitely wasn't joking!). Thank you for all of your prayers! Please keep them up as he still has a long road ahead of him. I am witnessing the power of them firsthand! So thankful!

A Testimony of Resilience

Miletich was confident that his protégé would make a full recovery soon —and boy was he right! It was only in August when Hughes’ longtime friend, Tony Zucca shared a clip of the welterweight champion rolling with him on the mat. Zucca has been sharing posts about Hughes’ recovery and it was nothing short of awe-inspiring.

“If I posted a video from day one and compared it to today…and you still didn’t believe in miracles…well, there’s nothing that’s ever going to change your mind,” wrote Zucca on Instagram about Hughes’ rapid progress.

I leave for only five days and come back to his ass wanting (and able) to roll! Unbelievable! Spare me the grappling lessons. The only things that are important: firing muscles that haven't been used in a long time…and having fun! So awesome to see that smile and hear that laugh again. If I posted a video from day one and compared it to today…and you still didn't believe in miracles…well, there's nothing that's ever going to change your mind. #believe #miracle #getreadyrenzo #superfight #adcc #onemoreround #ufc #hecanstillbeatmeup @renzograciebjj @ufc @matthughes9x

Four months after the accident, Hughes was walking and laughing with his family and friends. In October, the month he turned 44, he was back at HSHS St. John’s Hospital to personally thank the two nurses who immediately treated him.

Along with his wife, Audra, and daughters, Hanna and Katelyn, Hughes honored intensive care unit nurses, Ashley Hull and Megan Simpson. They were awarded the DAISY nurse award by St. John’s Hospital for October and November.

January 14 marked the return of Matt Hughes to the UFC for the first time in a long time. After a touching video tribute which included heartfelt words from UFC president, Dana White, Hughes did his first walkout on his own strength to his trademark song, “A Country Boy Can Survive” by Hank Williams Jr.

The crowd’s cheers were deafening as he made his way to cageside with White for the main card. Since the amazing moment, Twitterverse has been pouring out their joy. His fans are waiting for Matt Hughes’ imminent full recovery and throw some punches soon. Check out UFC’s tribute to the legendary fighter below: