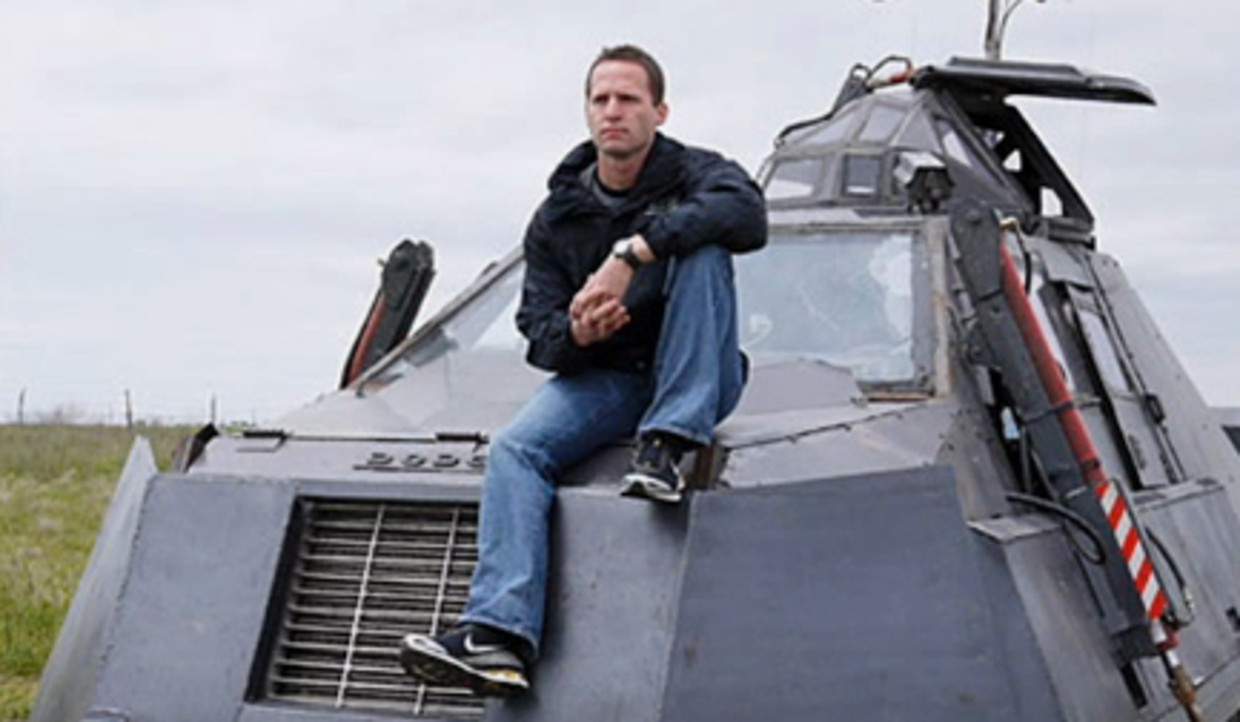 The recent death of Storm Chasers star Joel Taylor put the spotlight on another storm chaser, Matt Hughes, who died in 2010. Just like Joel, Matt’s premature death had nothing to do with chasing storms. So, what happened to Matt from Storm Chasers? How did he die? We’re revisiting this heartbreaking story, right here.

Discovery’s Storm Chasers put the spotlight on a group of people who were not afraid to get into the eye of the storm. And Kansas native Matt Hughes was one of them.

The news of Matt’s death came as a shock to fans who followed his storm chasing adventures on the show. In case you missed what happened, keep reading to know more details about Matt’s tragic death.

Who Was Matt Hughes?

A meteorologist from Wichita, Kansas, Matt Hughes became famous after starring on Storm Chasers. He was 30 years old when he passed away.

Matt’s journey on Storm Chasers began as a spotter for leading storm chaser Sean Casey. In his 15 years of chasing storms, Matt witnessed around 100 tornadoes!

Even though Storm Chasers ended its run in 2012, Matt’s courage to face tornadoes and bring viewers the best coverage will always be remembered.

Matt left behind his wife, Kendra, and two sons, Hunter and Collin. A memorial fund was set up by Discovery after his death.

How Did Matt Die?

Fans were shocked When Matt’s death was announced after a Storm Chasers episode in November 2010. But what was even more shocking was that he passed away almost six months earlier, on May 26, 2010, of complications after a suicide attempt.

According to reports, he attempted suicide on May 14 but was found alive. First responders rushed him to the hospital.

Describing Matt’s days in intensive care, his close friend and colleague Aaron Blaser wrote in a blog post, “There was a 24-hour vigil outside the waiting room, family, other chasers, business associates, etc.”

Aaron also revealed the reason behind Matt Hughes’ suicide attempt saying, “I knew we were going to lose him. What a lot of us didn’t know was that he suffered from depression.”

After less than 10 days in intensive care, Matt died of the injuries he sustained as a result of hanging himself.

Tributes for the Brave Storm Chaser

Moving tributes for Matt came pouring in from producers at Discovery, colleagues, and family.

The Storm Chasers episode on November 3, 2010, was dedicated to Matt. It included his final storm intercept.

Kendra and his mother, Cindy, released a statement a few days after the news of his death was made public.

The statement read, “We want the public to know what his many family, friends and coworkers already know; Matt Hughes was truly a wonderful and caring person with such a kind and loving spirit. Those around him could not help but love him too.”

The Hughes family also went on to say that they “never intended to conceal the circumstances surrounding Matt’s death in an effort to deceive the public, but rather to allow us to grieve privately, as well as, protect the many young children that have been affected by this tragedy.”

They also shed light on the devastating effects of depression and said, “Depression is an extremely widespread, yet treatable, condition. Those who know of, or may need help themselves, need to seek treatment or call the National Suicide Prevention Lifeline at (800) 273-TALK (8255).”