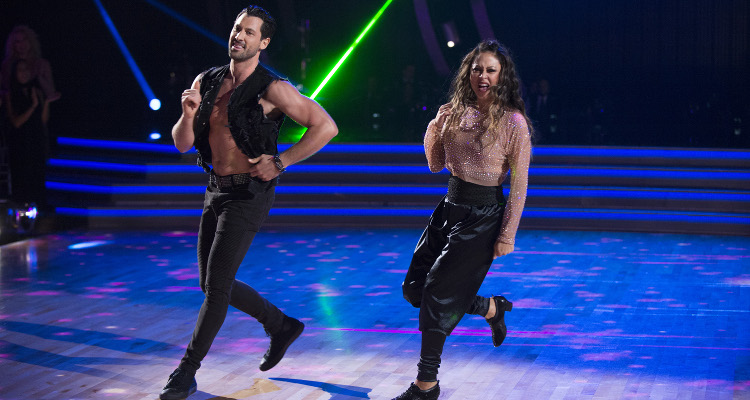 Dancing with the Stars season 25 is in its third week, and two couples have already left the stage: Barbara Corcoran and Keo Motsepe, as well as Debbie Gibson and Alan Bersten. Thankfully nobody was eliminated this week, but there was still something unsettling about last night’s episode, as one of the professional dancers was missing on Dancing with the Stars.

Without Maks on Dancing with the Stars, Vanessa Lachey was partnered with Alan Bersten for the Guilty Pleasures theme. We have details about where Maksim Chmerkovskiy is now.

What Happened to Maksim Chmerkovskiy?

After watching last night’s episode of Dancing with the Stars, the only thing that people want to know is where Maksim Chmerkovskiy was yesterday. It is not unusual for dancers to have to sit a performance out because of an injury, but that was not the case last night.

DWTS host, Tom Bergeron announced that Chmerkovskiy would not be performing last night because of a “personal issue.” Fans were instantly worried, and immediately began speculating that he had a family emergency.

Now, there are rumors that Chmerkovskiy did not perform on Monday night because of animosity with his partner, sources reveal, “There’s a big chemistry issue, they both have big personalities and that’s not always the best recipe for a good partnership.”

Although Lachey recently praised Chmerkovskiy and his coaching, the source further revealed that they have been fighting a lot adding, “I wouldn’t be surprised if Maks doesn’t return as her partner for the rest of the season.” For now, neither Chmerkovskiy or Lachey have commented on the rumor.

No, I can't tell you who my @dancingabc partner is, but you can find out on Wednesday morning on @goodmorningamerica !!! I can, however, ask all of you who do y'all think she is? ? #DWTS #Season25438 #ReadingEveryCommentSoBeNice

In a 2015 interview, Chmerkovskiy spoke about his former Dancing with the Stars season 13 partner, Hope Solo saying, “We didn’t have a good time on the show and it’s been highly documented,” adding, “She’s not somebody I talk about. I don’t like her and that’s the end of it.” He also revealed, “That’s literally the only person that I could I dislike from my past, present or future.” It looks like they did not really get along, because Chmerkovskiy also said, “People can be bad or good or whatever. You can have a s**t life growing up. You can have a tough upbringing. You can have history. But if you are just a bad person, you know what I mean? There’s no excuse for that.”

Thank YOU to @alanbersten and my new girl posse, the @dancingabc girls troop, @brittbenae @hayley.erbert @dance10jenna!!! This was the ULTIMATE guilty pleasure! #GirlsNight Don't forget to vote! (Link in my Bio!) ? I can't WAIT to get started tomorrow with @maksimc on week 4! We're cookin up something special for you!

With Chmerkovskiy’s absense, Vanessa Lachey danced with recently eliminated pro, Alan Bersten. The temporary couple did a jazz dance to “Girls Just Want to Have Fun” by Cyndi Lauper. Whether or not we will see Maks Chmerkovskiy on stage next week is still unknown. For now, you can check out Lachey and Bersten’s performance below: