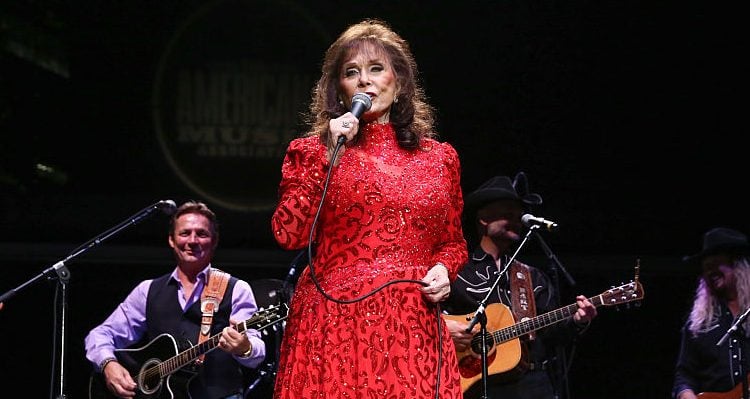 Loretta Lynn is one of the staples of country music. So, when news broke that she had another medical set back, many people were worried that we might be on the way to losing her. For those of you who are wondering about what happened to Loretta Lynn, we have all the information to get you up to date.

Last Year Was Not a Kind One

While Loretta Lynn never fell out of fashion with fans and the country music community, the 2000s marked a resurgence for her, with music fans outside of what she was used to.

Jack White of The White Stripes fame produced Lynn’s Van Lear Rose album in 2004. The album was a critical and commercial success for Lynn, which she hadn’t seen in years.

What an honor! Thank you Nashville and Jack

In 2010, Coal Miner’s Daughter: A Tribute to Loretta Lynn was released with artists as diverse as Reba McEntire, Faith Hill, Kid Rock, The White Stripes, and Paramore, all paying tribute to the singer.

However, 2015 saw the release of Full Circle, a proper Loretta Lynn album that featured guest appearances by Willie Nelson and Elvis Costello. It became Lynn’s 40th album to crack the Top 10 on Billboard’s country charts.

Lynn’s album, titled Wouldn’t It Be Great, was supposed to be released in August 2017. But she suffered a stroke at her home on May 4, 2017.

While it was expected that Lynn would make a full recovery, at her age, healing takes time. And she didn’t want to commit until she was ready to fully promote the album and a complete tour.

So, how old is Loretta Lynn?

Throwing it back to Loretta on #FallonTonight! Who remembers this performance? #TBT

Lynn is currently 85 years old. But, when it comes to music, she is a workhorse and does things as she has always done. She puts out an album, and then she goes on tour to promote it.

By all reports, Loretta Lynn was on the mend. She even made a surprise appearance in October 2017 at the Country Music Hall of Fame ceremony to help induct Alan Jackson!

Lynn looked a little bit on the frail side, but considering she’s 85 and had had a stroke, she looked amazing! She seemed to be on track for a full recovery, that is, until New Year’s Day when she suffered an accident.

Loretta Lynn’s sister, Crystal Gayle, tweeted,“My birthday wish is for everyone to send love and prayers to my sister. I was with Loretta yesterday. She is in good spirits and is doing as well as can be expected with this type of injury. Thank you for your love, prayers and continued support!”

American music icon, Loretta Lynn is recovering from a fractured hip after a fall while at home. She is doing well and thanks all her fans for their thoughts and prayers.

As it turned out, Loretta Lynn broke her hip on New Year’s Day as the result of a fall. But, how did Loretta Lynn’s fracture occur?

Loretta Lynn’s children reportedly feel that Lynn’s new puppy is to blame! But they have also conceded that the puppy makes Lynn smile, so everything has been forgiven.