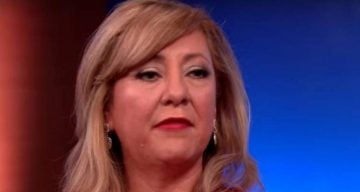 Who could forget Lorena Bobbitt; the woman who was in the limelight in the early ‘90s for cutting off husband, John Bobbitt’s penis while he was sleeping. The case was highly-publicized and after it was closed, Bobbitt decided to live a quiet life. So, what happened to Lorena Bobbitt? Where is Lorena Bobbitt now? Keep reading for all the information you need!

In 1993, Lorena Bobbitt sliced off her husband John Bobbitt’s penis with a kitchen knife while he was sleeping in their bed. The case had many people following it. However, over 20 years later many are wondering, where is Lorena Bobbitt today?

The Start of Their Abusive Marriage

Born Lorena Gallo on October 31, 1970, in Bucay, Ecuador, she married John Bobbitt on June 18, 1989. Their marriage was reportedly abusive, with her claiming that her husband would physically, emotionally, and sexually abuse her.

In court, Lorena Bobbitt revealed that her husband raped her on the night of June 23, 1993 and after he fell asleep, she took a kitchen knife and cut his penis off.

She then left their apartment with the severed penis and drove away, throwing it into a field, soon calling 9-1-1.

It took some time for authorities to locate John Bobbitt’s penis. He underwent surgery, and, nine hours later, it was reattached, but never regained full sensation. According to sources, Lorena and John Bobbitt got divorced in 1995.

What Happened to Lorena Bobbitt?

Lorena Bobbitt was immediately taken into custody and told authorities, “He always have orgasm and he doesn’t wait for me ever to have orgasm. He’s selfish.”

After much deliberation, the jury found Lorena Bobbitt “not guilty” due to insanity, meaning she was not held liable for the assault. With the verict, the judge ordered her to undergo a 45-day evaluation period, following which she was released.

Once the trial ended, Lorena Bobbitt decided to keep a low profile and live a private life.

In 2007, she started Lorena’s Red Wagon Organization, which helps to stop domestic violence with the help of family-oriented activities.

She also appeared on the CBS News program, The Early Show in 2008, where she spoke about her life after the incident. There, she revealed that she was married and has a daughter.

Bobbitt also made an appearance on The Steve Harvey Show and said, “I found myself in the street with a penis in one hand and the knife in the other. So yeah, that happens, I’m here to tell you and to tell everyone what happens when a woman gets abused by a man.”

“We understand that my story actually has humor, but we also shed light on domestic violence, as well,” Bobbitt added.

Reportedly, Lorena Bobbitt mow works in real estate and lives in Gainesville, Virginia, with her husband and their daughter, Olivia.