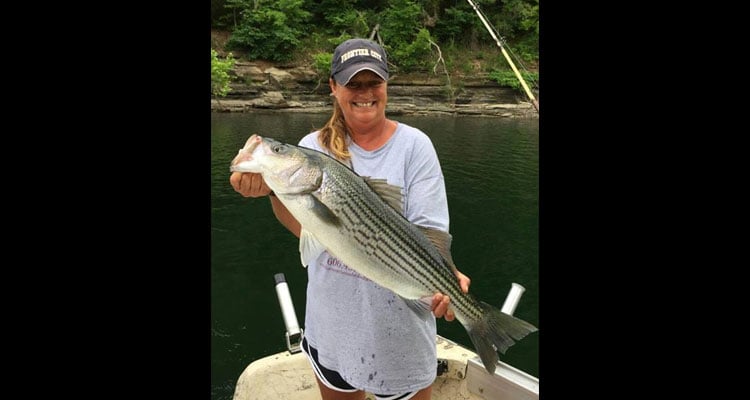 Elizabeth Choate aka “The Gator Queen” from Swamp People has been living life to the fullest, after producers of the reality TV show gave her the pink slip. But why is Liz not on Swamp People anymore? Get the full scoop, right here!

Hailing from Louisiana, Liz is a hunter by profession, and her expertise lies in alligator hunting. She appeared on the show, Swamp People until 2015, when the show’s producers were replaced with new ones.

The new people in-charge booted off about a dozen people who appeared on the show, along with Liz. The show is still airing on Thursdays, but fans are missing Liz on Swamp People.

What Happened to Liz from Swamp People?

Elizabeth Choate has not been sitting idly since she left the reality TV show. The strong woman, who hunts animals for a living, took to social media after she was removed from the hit TV show.

Scandal surrounded her when she took to Facebook and went on a blaming spree. She was angry at the new production team for letting her go, while the rest of her costars went on with their lives.

“It saddens me to know that our fans are the ones who will suffer from these unexplained actions by the new management of this production company. REALITY. We will continue with our regular lives and hope to stay connected with all of you in the future,” Liz’s Facebook post read.

After reading the publicized post, the History Channel’s producers were fuming. They even asked her to take the post down!

But Liz clapped back and posted, “Hello everyone, I was just informed [by] these people [they] want me to remove my post,” adding, “KISS MY A**, how you like that post! I was told they had a lot of nasty phone calls and complaints. Well, these people call this business … I’m different. I wear my heart on my sleeve, and I will die that way. My family and my heritage stay alive always until I die. I will not stop posting! And I support Louisiana 100 percent. Rather keep my pride than sell my soul to the devil!”

She certainly isn’t one to take injustice lying down—and many fans had her back regarding the post.

Where Is Liz from Swamp People Now?

She was not one to budge. This Pecan Island, Louisiana native had a good fan base who supported her, even off the show.

Liz released a cookbook the same year titled, The Gator Queen Liz Cook Book. It features some classic Cajun recipes like jambalaya, as well as venison, duck, and shrimp dishes.

She’s also about to welcome a new granddaughter, who is expected to arrive in a few months. Liz loves spending time and teaching everything she knows about hunting to Bella, her first granddaughter.

She has also been spending some quality time with her husband, Justin Choate. The couple celebrated their seventh anniversary on November 22, 2017.

Her Facebook page has over 200K followers  and she is more than happy being a star outside of the TV show. Clearly, she has no problem staying popular!

Liz also has her own website, and it seems like she’s doing well through it. You can buy Gator Queen merchandise like T-shirts, bumper stickers, window decals, Bayou seasoning, and visors from her online shop, which are priced between $5.99 to $15.99 a pop.

She is known to be a good cook, which is also why she is able to capitalize on her cookbook. And she also has a seasonings line named Gator Queen, too!

Maybe it’s a good thing that the History Channel gave Liz the ol’ “See you later, alligator.” Otherwise, she wouldn’t have thought of starting a brand of her own, which has already become highly successful on social media.

Swamp People airs on Thursdays at 9:00 p.m. EST, only on the History Channel.