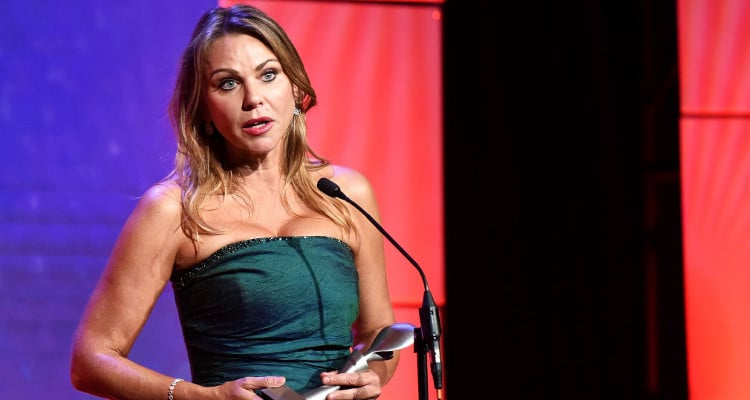 Lara Logan, the 60 Minutes correspondent, will be seen reporting on the war in Afghanistan in a new episode that will air on Sunday, January 14. Reporting from some of the most dangerous parts of the world is second nature to this courageous correspondent. You may remember what happened to Lara Logan in Egypt almost seven years ago. We’re sharing the story of this brave reporter right here.

February 11, 2011, was an unforgettable day for Lara Logan. She was in the middle of Tahrir Square, the symbolic location of Egypt’s revolution, reporting on the events of the day.

The country had just overthrown the dictatorship of Hosni Mubarak and over 100,000 people were out celebrating late into the night.

In the midst of the celebration came chaos, as Logan was one of the dozens of reporters who were sexually assaulted by members of the regime. Thankfully, she was saved from her attackers and taken back home to Washington, where she spent time recovering in hospital. Less than three months later, she told her story to the world.

What did Lara Logan go through on that harrowing night? Keep reading to find out more about Lara Logan’s rape, rescue, and recovery.

Who is Lara Logan?

First, a little introduction to the journalist.

Born in Durban, South Africa, Lara Logan’s journalism career took off at a young age. She began reporting for the Sunday Tribune in Durban when she was a college student. She later joined Reuters as a senior producer in Africa.

Logan did not lose any time when it came to bold and courageous reporting. She requested a visa to travel to Afghanistan a few days after the September 11 attacks and, while there, interviewed a military commander.

Logan joined CBS as a correspondent in 2002. She spent years reporting from the frontline of the wars in Afghanistan and Iraq, and from countries all over the world. She received multiple Emmys and other prestigious awards for her spirited journalism.

What Happened to Lara Logan?

Logan shared the shocking story of what happened to her that night in Cairo’s Tahrir Square.

In a 60 Minutes episode that was broadcast in May 2011, she told Scott Pelley about the night she was almost killed. She recalled how the crowd zeroed in on her and, even though she had heavy security with her, she was pulled away from her team.

Her clothes were torn to shreds, and her limbs and hair were pulled in all directions during the attack.

“I didn’t even know that they were beating me with flagpoles and sticks and things, because I couldn’t even feel that. Because I think of the sexual assault, was all I could feel, was their hands raping me over and over and over again,” Logan said.

She also went on to say that “someone in the crowd shouted that she was an Israeli, a Jew. Neither is true. But, to the mob, it was a match to gasoline. The savage assault turned into a murderous fury.”

Lara Logan’s assault lasted almost half an hour before she was rescued by Egyptian women and soldiers were sent to look for her in the crowd.

Logan shared her story to break the silence on a taboo subject, especially when it comes to female journalists.

She said her story went on to inspire her female colleagues, saying, “Women never complain about incidents of sexual violence because you don’t want someone to say, ‘Well women shouldn’t be out there.’ But I think there are a lot of women who experience these kinds of things as journalists, and they don’t want it to stop their job because they do it for the same reasons as me- they are committed to what they do.”

“They are not adrenaline junkies, you know, they’re not glory hounds, they do it because they believe in being journalists,” she added.

@60minutes correspondent and survivor @laralogan is the keynote for #speakingofwomen event to raise funds for the amazing #centerforfamilyjustice which helps #domesticviolence #sexassault and #childabuse survivors with hope and healing. Www.centerforfamilyjustice.org for tix. Will be fantastic and moving. #stopviolenceagainstwomen #laralogan #survivor #womenempowerment

The story of Lara Logan’s attack and tremendous bravery is an inspiration not only to female journalists but to us all.

As she goes back into the fires of war zones, she is sure to mesmerize viewers with her deep passion for reporting groundbreaking stories and her never say die attitude.