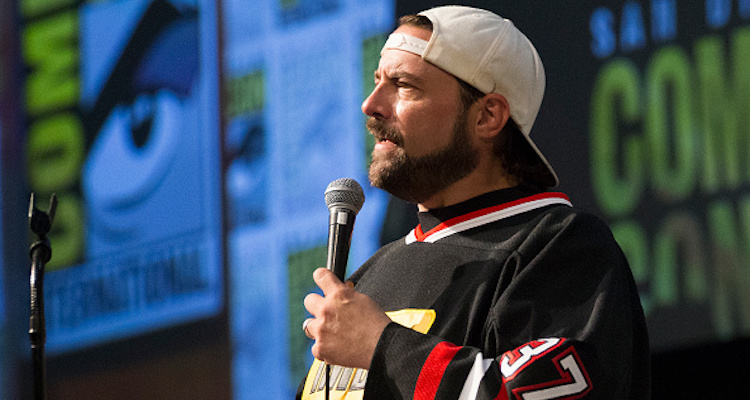 Since we came online this morning, the world has been abuzz about filmmaker, podcaster, and the voice of a generation of nerds, Kevin Smith. According to his own tweets, Kevin Smith’s heart attack, one that he long joked was coming, arrived. We’ll take a look at what happened to Kevin Smith, where it happened, and how he’s currently holding up.

A Brief Look at Kevin Smith

For many casual filmgoers who were in their teens and early 20s in the ’90s, Kevin Smith was a filmmaker who represented the generation. Tired of not seeing characters he could relate to on-screen, Smith made his first film, Clerks.

As part of a wave of filmmakers who brought independent film to a mainstream audience, like Quentin Tarintino and Robert Rodriguez, Smith brought wacky characters to the screen but they were wacky characters many of us could relate to.

The success of Clerks brought him to the attention of Universal where he made his second film, Mallrats. While not a box office smash, Mallrats went on to become a cult hit.

Smith’s career from then on became a mix of indy and mainstream, with financial success being found in both areas, as well as box office disappointment. As of late, Smith split his efforts in two different career paths.

Creating films has been his top priority except, he changed his focus. Smith began directing films for himself as opposed to an audience. These are weird films that may not get wide runs or become box office smashes but they are uniquely Smith’s vision.

The second thing Smith ended up doing was creating a podcasting empire. An early adopter of the Internet to promote his films, Smith dove into doing podcasts and was very much ahead of the curve. Currently, his network encompasses over 20 different podcasts of various subject matters.

In between all of this, Kevin Smith did speaking tours, directed television shows, wrote comic books, did a little acting, and generally made his current career on his own terms.

On the evening of Sunday, February 25, 2018, Smith was set to do two speaking shows at the Alex Theater in Glendale, California. After the first show finished, he did not feel well. The second show was canceled as Smith was rushed to the hospital.

The fact that Smith had a heart attack wasn’t a huge surprise in many ways. His father died of a heart attack, so there is a family history. Smith also isn’t in the greatest of shape. While he’s been much better in past years, there were periods where Smith was living a very unhealthy lifestyle.

What was somewhat surprising is that the world found out the news of his heart attack from Smith himself, via social media! He posted a brief update on Twitter, followed by a more expanded version on Facebook.

Here’s hoping that Kevin Smith gives the lifestyle changes a serious go and we have him for many years to come!