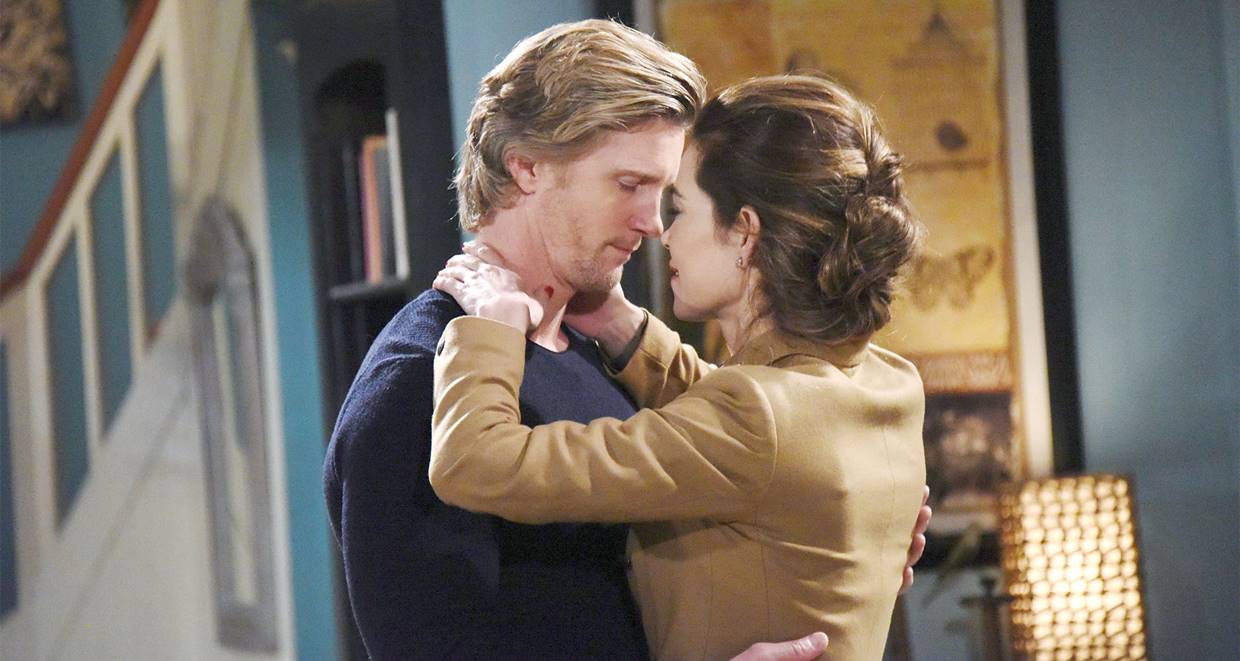 Thad Luckinbill, Amelia Heinle on the "The Young and the Restless" Set Credits: XJJohnson/jpistudios.com/CBS

There’s no shortage of drama on The Young and the Restless and that includes a few dead bodies! A little murder is hardly anything new on the long-running hit soap opera, but everyone is just dying to know one thing: Did Nikki kill JT? We’ve got the scoop!

What happened to JT on Y&R? Things just got a whole lot worse for Nikki and it’s not going to get better anytime soon. What’s next for Nikki could change her life forever and things are only going to get more complicated. Fans, get ready because you’re in for a roller coaster ride full of drama!

With a daily soap like The Young and the Restless, it can be easy to miss a few things, but the most important point led to what happened to JT. Before things got even messier with JT and Victoria’s abusive relationship, JT admitted that he was the one responsible for cutting off Victor’s life support! (Insert dramatic gasp here.)

Is JT Really Dead? Or Will He Be?

With JT in a panic, he goes upstairs to pack his things and leave town, but Victoria confronts him. They argue and he tells her that he tried to kill her father in a way that reminds fans of a cartoon villain! Except in this case, he gets physical with Victoria when she threatens to call the police. That’s when things get very Big Little Lies after that.

JT (Thad Luckinbill) hits Victoria and there’s a struggle as he asks her why she’s making him do this (hurting her). Ladies night comes to a complete stop when Nikki, Phyllis, and Sharon hear the noises and rush upstairs. They walk in to see JT attacking Victoria and Nikki grabs the fire poker and hits JT on the head! Phyllis checks for a pulse but there isn’t one—and everyone immediately begins to panic! (If you’re still reeling from this revelation, don’t worry you’re not alone!)

Also Read: Did Jack Really Die on “When Calls the Heart?” Is Daniel Lissing Leaving the Show?

Is JT Leaving The Young and the Restless?

By the looks of it, things don’t look good for JT on The Young and the Restless and he certainly appears to be dead. So, the women decide to bury his body in Chancellor Park and vow to take the secret to their graves.

It reminds us of Pretty little Liars and those girls were only as safe as their secrets—which everyone knew about! This will definitely backfire on everyone, we can just feel it! Although Victoria wanted to call the police, Phyllis reminded her that she would go to jail and they would all join her in their own version of Orange Is the New Black.

But is JT really dead? He had a heart condition due to being electrocuted years ago, so that would explain his weakened pulse. It’s possible that he could’ve been alive and was buried that way, only to be slightly conscious later. For now, JT is dead but the show’s head writer, Mal Young, told Entertainment Weekly that the storyline isn’t over. However, Luckinbill was sad to say goodbye to the cast and fans. (Then again, Soap Operas are known for killing off characters and somehow coming up with clever ways to revive them or mislead the viewers to thinking they’re not really dead.)

“Utilizing J.T., an established character on the canvas, we felt gave this important story even more impact,” Young told EW. “The next arc of the story focuses on the consequences of J.T.’s death and brings together four characters — Nikki, Phyllis, Sharon, and Victoria — with strained relationships to become unlikely allies.”

Luckinbill’s Instagram also shows him in Panama, so it looks like he’s already enjoying his unemployment! (Or could it just be a vacation?)

At this time, it certainly looks like JT has gone onto to greener pastures and has made his exit from the show. But who knows, there’s always a chance we may see him again on Y&R—or maybe in entirely new on-screen venture! For now, he just looks happy to be soaking up the sun!