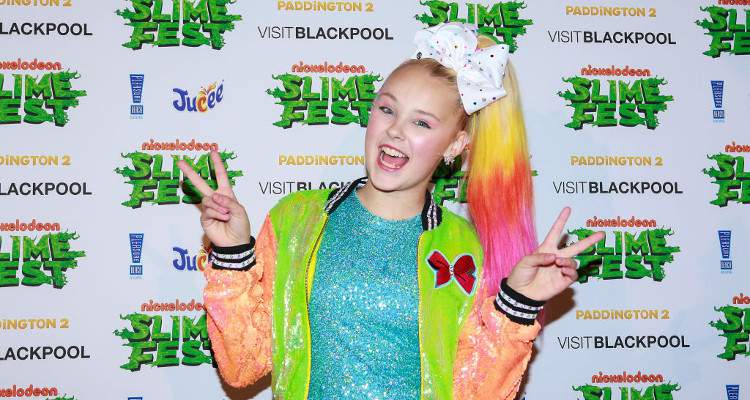 JoJo Siwa of Dance Moms fame recently released a book titled, JoJo’s Guide to the Sweet Life: #PeaceOutHaterz. The book was written for all the little girls out there who dare to dream big, but lack the courage to go out and give it their all. Where is she now? Find out what happened to JoJo from Dance Moms and more, right here.

You don’t have to know how to dance to love Dance Moms. Star performer JoJo Siwa was one of the little girls who wowed fans with her moves and signature hair bows. She even went on to become a huge YouTube star. So, what happened to JoJo from Dance Moms? Though part of the reason why JoJo quit Dance Moms was the chance to work with Nickelodeon, lately, she’s got a lot on her plate.

From Dancer to Author

Between shooting her Nickelodeon shows, JoJo does not sit idle. Instead, she embarked on a journey full of amazing things, the latest being her autobiography titled, JoJo’s Guide to the Sweet Life: #PeaceOutHaterz. Currently the No. 1 best-seller in Children’s Performing Arts Biographies on Amazon, the book chronicles this young girl’s journey to making it big because of her personality and spunky attitude.

On Instagram, she posted a pic of herself in a bright outfit holding her book with the caption, “What was your favorite part in my book ???? #PeaceOutHaterz.”

What was your favorite part in my book ???? #peaceouthaterz

JoJo Siwa has inspired many girls and has fans all over the country. Her stint on Dance Moms came to an end last year, but not without its rumors. Why did she leave Dance Moms? Some thought that the show was being canceled, while others said that JoJo was unhappy about Abee Lee Miller’s “ruthless” attitude on the show. However, it seems neither turned out to be true. In an interview, she revealed that “She never really said this, but you know when she’s saying something without saying it — she teaches you how to sink or swim.”

By the looks of it, JoJo appears to have learned quite a few things about surviving on her own in an industry known for cut-throat practices and hard work.

The fact that she got a lucrative offer from Nickelodeon is just proof of her talent. From JoJo Siwa: My World that chronicled her claim to fame, to an appearance on the network’s spin-off of School of Rock, the young dancer is on her way to being a big name actor. Shelly Sumpter Gillyard, the executive vice president of talent, music, and events at Nickelodeon said, “We have watched JoJo’s career as a real breakout talent and knew when we met with her that our audience would welcome her as part of the Nickelodeon family.”