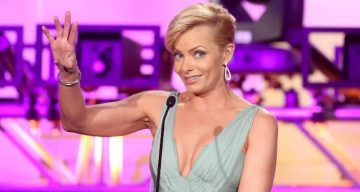 Mom season 5 premiered last week and the cast of our favorite ladies is back and better than ever! But fans are surprised by Jaime Pressly’s character, Jill’s sudden new look. Why is Jaime Pressly fat on Mom? We’ve got the scoop!

An all-new season of Mom premiered on CBS last week, bringing back Anna Faris, Allison Janney, Jaime Pressly, and a lot more laughs. The show is known to tackle issues like addiction, and it appears it’s going to visit another kind of addiction with Jaime Pressly’s character, Jill’s storyline.

Jill is seen in the season 5 premiere looking on the heavier side. What happened to Jill on Mom? Here’s what’s new in Mom Season 5.

The reason for Mom’s burgeoning popularity is owed to its openness dealing with issues that many sitcoms have avoided.

The show is about a group of ladies who came together while dealing with alcohol addiction, which became the sitcom’s running theme. The show has brought laughter without making light of topics like homelessness, cancer, teen pregnancy, drugs, and domestic violence. It has been an outlet for many of these serious issues to be discussed in a safe and open manner.

When season 5 premiered, Christy (Faris), and Bonnie (Janney) Plunkett took center stage. But elsewhere in the episode, we were surprised to see Jill Kendall (Pressly) looking much heavier than we last saw her!

Jill is worried about losing her foster daughter, Emily, and as a result stress-eats, clearly packing on more than a few pounds. Jaime Pressly donned a fat suit so the show could explore a weight-gain-related storyline. The use of a fat suit raised a few eyebrows, but Mom is not a show that throws a cheap fat joke. There’s a good reason why the producers decided to add the extra weight to Jill and her storyline.

Pressly and her longtime boyfriend, Hamzi Hijazi welcomed twin sons, Leo and Lenon in October. She announced the birth of her sons on Instagram writing, “Introducing our new additions, Leo and Lenon, born October 16th. #DoubleTrouble” She also has a 10-year-old child, Dezi James Calvo with her ex, Eric Calvo. 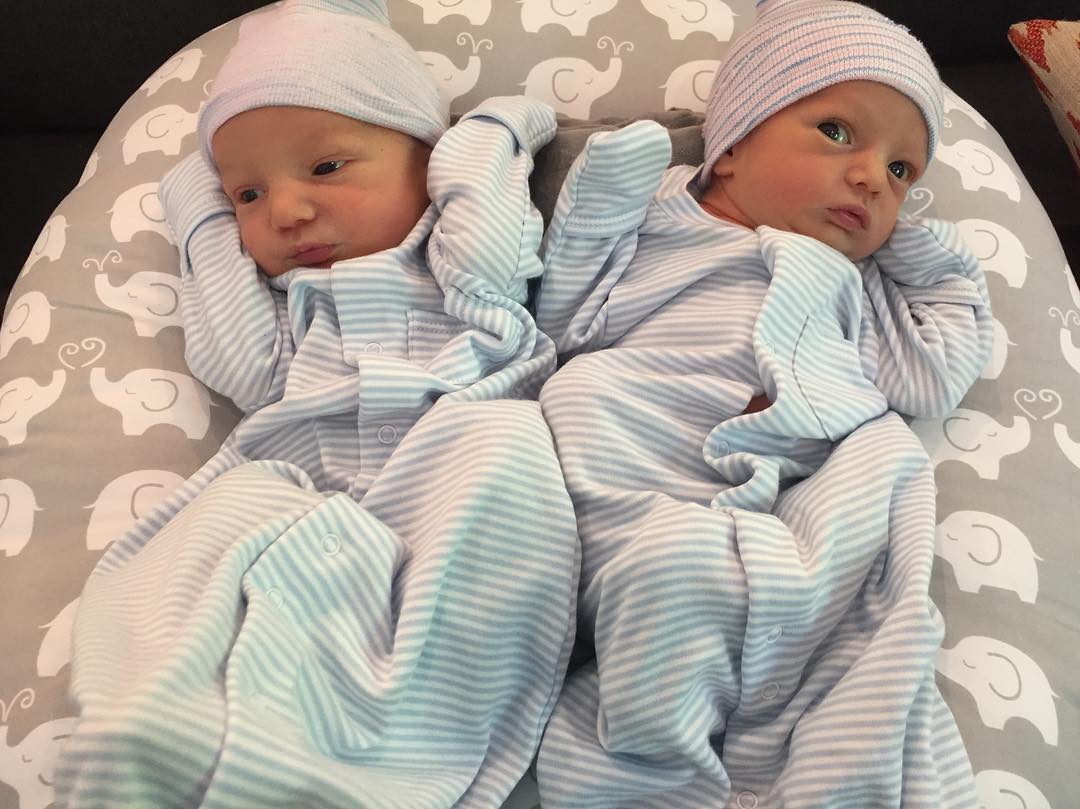 Pressly announced she was expecting twins back in June and was candid about what it’s like “having eight limbs moving around.” Saying there is a lot of “discomfort” when she was pregnant with Dezi, Pressly added, “I’ve had a fairly easy pregnancy considering so many women go through so much worse, so I’ve been very, very lucky.”

Instead of hiding her pregnancy behind a table or a plant (side-eyeing Scandal), Pressly’s pregnancy gave the writers Mom an opportunity to explore the addiction theme further. As the co-executive producer of the show, Gemma Baker explains, “The idea being that addiction doesn’t always stay in one place.” As many know, addiction can be in the form of food, too. 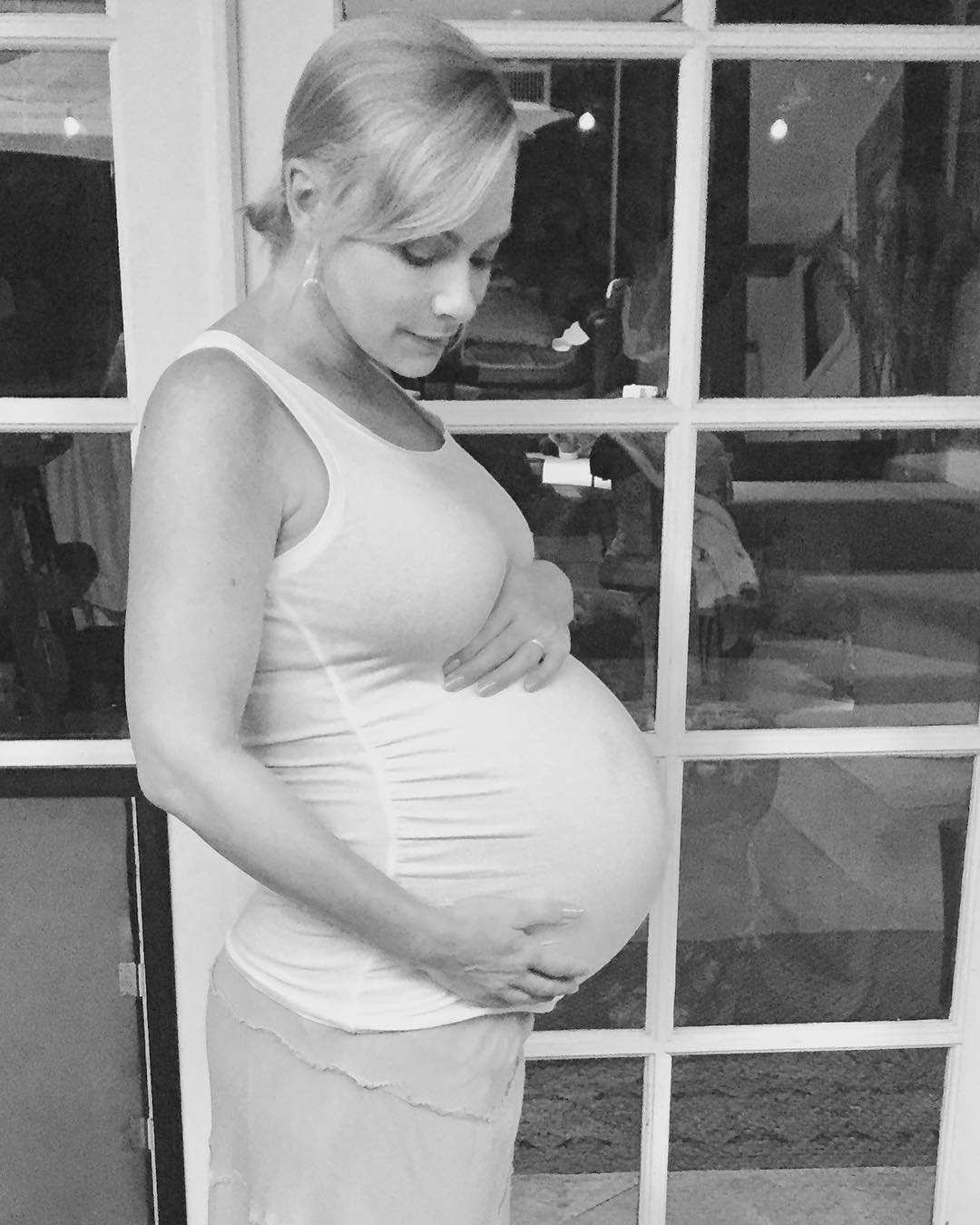 Pressly filmed a few episodes before going on maternity leave. Baker explains her weight storyline adding, “If you are dealing with addiction it may pop it in other places. We dealt with Christy having a gambling problem. So Jill is going through some things, and the way she deals with it is food.”

Last season, Jill had a miscarriage which prompts her to fill the void by sponsoring a foster child. Now that she’s attached to Emily, she’s afraid of losing her to her birth mother. The stress causes her to “emotionally eat” as Pressly explains.

For Pressly, this is not the first pregnancy-inspired plot of a show she has filmed. She was pregnant with Dezi while starring as Joy Turner in My Name is Earl. “Joy was on trial and she figured out the jurors were sympathetic to pregnant women so she decided to have a baby.

Earl came up with a plan that Joy could be a surrogate for her half-sister, who she just met,” recalls the 40-year-old adding, “It was the funniest storyline in my life.”

A fat suit is an unconventional way to hide pregnancies on camera but it evened out her baby bump. Nevertheless, Momaholics (Mom fans) were a little taken aback. The Twitterverse is of the opinion that the show is going to make stereotypical jokes about fat people.

Ugh, @MomCBS, Jaime Pressly is still wearing the fat suit and is always shown eating, and the other characters are making fun of her food choices. Do I have to stop watching a show I just recently have grown to love??

However, Pressly promises this addiction gets the same respect as all the sensitive issues the show has dealt with. “The writers are very careful. For everything we talk about on the show, there’s a fine line between what’s right and what’s wrong, and what we what can and cannot say.

There is sensitive material in recovery,” said Pressly when it was announced how Mom would incorporate her pregnancy. “The other women kind of tiptoe around it. They don’t want to make Jill feel bad. There’s a big elephant in the room and that elephant is Jill.” 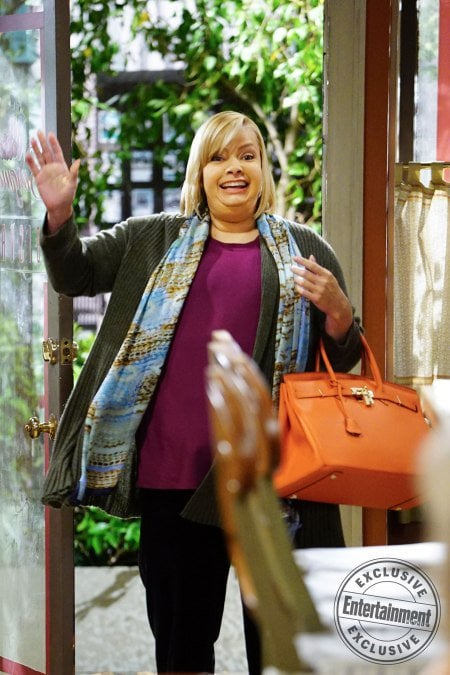 Jaime Pressly dons a fat suit on Mom to cover up her pregnancy. Credits: Twitter/@hollyoutbreak