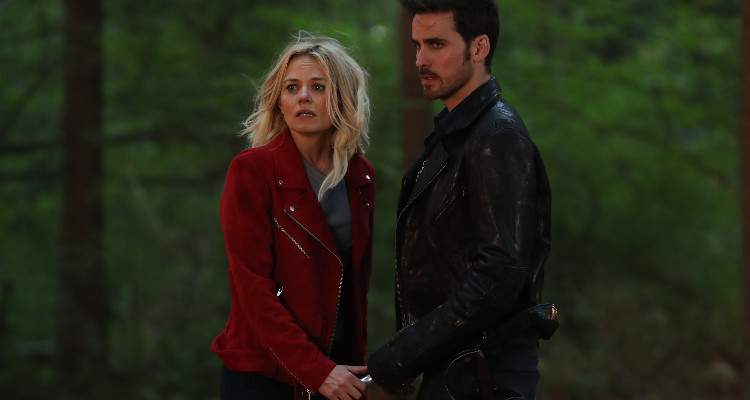 OMG Once Upon a Time fans! Emma Swan was seen in the second episode of OUAT season 7 and we are all freaking out! Last we heard, the actress wasn’t returning to the show, but Emma Swan came back with some big news. Is Emma Swan pregnant? If you are wondering what we are talking about, then you have to scroll down now!

Jennifer Morrison came back to Once Upon A Time in a flashback scene. Her son on the show, played by Jared Gilmore, also appeared as his 18-year-old self in another flashback, where he was seen leaving Storybrooke to find his own stories. He then returns to the present as a grown-up Henry Mills, and in another flashback, Emma tells Hook something that all Captain Swan fans will go crazy for. If you are wondering what happened to Emma Swan on OUAT, then read on!

The latest episode of ABC’s Once Upon a Time season 7 has us majorly missing two of our favorite characters. We caught more of Emma and her son when Henry was seen leaving Regina and his home, which Emma told Hook she was worried about.

In a flashback, Hook shows a worried Emma the message in a bottle, which later helps Henry call for Regina, Hook, and Emma when he gets captured by Lady Tremaine after coming across Cinderella and her household troubles. What they don’t know is that the Wish Realm’s Hook also gets called on by mistake, and he knocks out the real Hook, taking his place.

Emma then reveals to Henry that she is pregnant. Upon hearing this, fake Hook feels guilty and goes off to find the real Hook, who stabs him in the gut. As Wish Realm Hook bleeds out, he explains that he has a trapped daughter and does not want to separate a parent from their child.  Sympathizing with his mirror self, Hook asks Emma to heal his doppelgänger.

[7×02] well, this was the last episode with Emma and (the real) Killian in it Would you rather have the ending a&e wrote for this episode, or have Emma sacrifice herself and then have the real Hook in s7? Cause I would have prefered the last but I get the writers did this to keep cs happily ever after #onceuponatime #ouat #ouats7 #storybrooke #pirate #emmaswan #killianjones #captainhook #captainswan #jennifermorrison #colinodonoghue #fairytales #disney

Eddy Kitsis, co-creator of OUAT expressed, “This was really the next step in the relationship between them. They’re a newly married couple and it’s the cycle of life. The audience was worried we’d kill Emma or do something crazy, but the truth is they’re living their lives in Storybrooke, happy.”

The death of Emma Swan finally has a bit of closure for fans, after a very confusing exit when Jennifer Morrison announced in May that she would not return to the show.

In an interview, Lana Parrilla who plays Regina on the show, explained how different this season will be because there are so many new characters and faces now, but somehow it is all familiar. She was vague about who would return and what exactly will change.

In the OUAT season 7 trailer, we saw an adult Henry meeting Cinderella after colliding with her chariot. In the season 6 finale, Lucy, Henry, and Cinderella’s child, pleaded with him to save their family, and now we are going to get the details of how her parents met.

The new season is also set in Seattle’s Hyperion Heights, where we have season 1 feels, back when nobody really knew who they were. Along with a closer look at Cinderella and Henry’s relationship, we will see a lot more curses, and a huge fast forward in time.