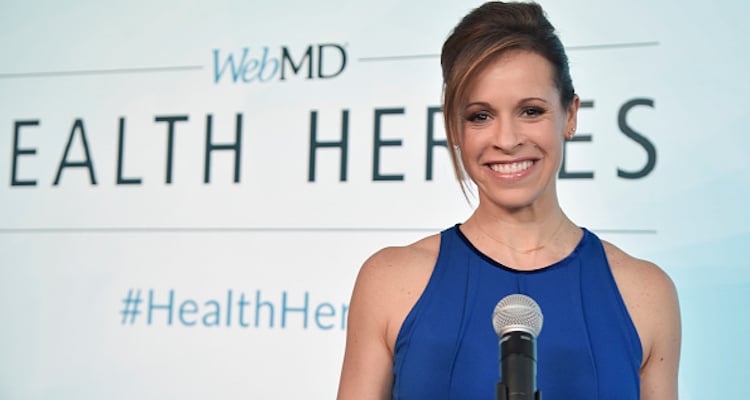 People are wondering what happened to Jenna Wolfe after she posted a selfie while lying in bed on Tuesday. Where is Jenna Wolfe now? Here’s what you need to know about the news anchor.

Today, fans are sending warm wishes to Wolfe, 43, after she shared a picture on her Instagram account (@jennawolfe) surrounded by blankets and pillows. She captioned the photo, “Flu watch day 7: I have no words.” This has been a photo in a series of posts of her giving updates on the condition of her health. Three days ago, she shared that she was back at the doctor’s office with sinusitis as well as the flu. She mentioned that her partner was at the Olympics so she had to care for their daughter together.

Facts about Jenna Wolfe in 2018

Born February 26, 1974, Jenna Wolfe was born Jennifer Wolfeld in Kingston, Jamaica. She grew up in Petion-Ville, Haiti with her father Bennet Wolfeld, a Puerto Rican Jew. Her mother, Sheila Greenfiled, was from New Jersey and is also Jewish. Wolfe was raised with a strong religious influence. She currently lives in Manhattan, New York City with her partner Stephanie Gosk, and their two daughters Harper (August 21, 2013) and Quinn Lily (born February 4, 2015). She earned her Bachelor of Arts degrees in English and French after studying at Binghamton University.

Wolfe is both a journalist, and a fitness expert/personal trainer. In 2014 she left the weekend Today show to work as a lifestyle and fitness correspondent on the same show, and NBC News. In a 2012 interview, Wolfe spoke about her life of fitness, and career as an NBC anchorwoman.

Her career involves co-hosting the Today show’s weekend edition, sports anchor on Fox’s affiliate station, WICZ, and anchorwoman and host of MSG Network’s flagship show, MSG Sports Desk. She also worked on WABC. Currently on NBC she can be seen interviewing A-list celebrities, showing off her fitness skills, and broadcasting on breaking and current global news stories. Wolfe shared that being on television was a dream of hers since she was a child:

“Ever since I can remember, I wanted to work in front of the camera. I would always ‘commentate’ the world around me… whether it was announcing at age three what everyone was eating for breakfast in the mornings; or, at age nine, what homework assignment we had; or just saying goodnight to my family at the end of the evening by my early teens. Everything was a telecast. My hairbrush was a microphone. My playdates with friends were news stories, and my theatrical productions in grade school may as well have been Broadway. I was never sure exactly what I’d be doing when I grew up, but I was certain it would involve a live camera.”