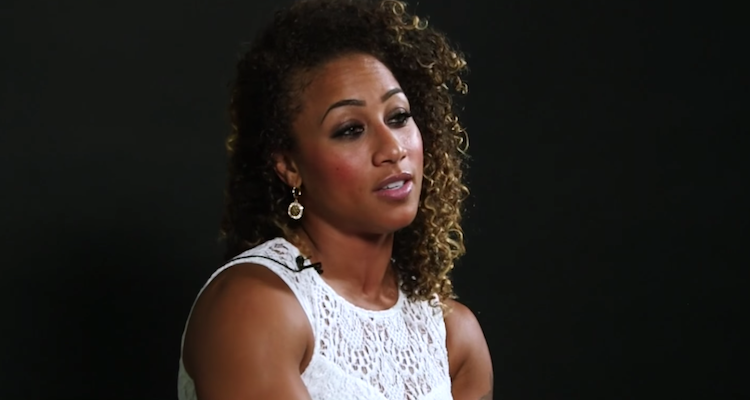 With the latest Celebrity Big Brother back on the air, many have been wondering about other reality stars and where they’ve been. Some TV personalities stand out more than others, but then people still want to know what happened to some other fan favorites. So, what happened to Hoopz and Flavor Flav?

Some may not remember the 2006 hit reality show Flavor of Love but it still has a strong following, even until this day. Often considered the black version of The Bachelor, rapper Flavor Flav (whose real name is William Drayton) went on a quest for love. While the show lasted three seasons—full of drama and jokes—the show gave us one of the most iconic villains in reality TV history: Tiffany “New York” Pollard. She almost won the first season—and even lost in the second season— against Nicole “Hoopz” Alexander, but Flav chose Hoopz instead.

Why Did Hoopz and Flavor Flav Breakup?

If you thought that Hoopz and Flavor Flav’s relationship was going to last, then you were dead wrong. During the VH1 Flavor of Love reunion special, fans had a chance to meet all the contestants to catch up. It was revealed that Flav and Hoopz broke up before the show, since they were better off as friends.

In a past interview with VH1, the reality star reflected on her time with the rapper and if their chemistry was real.

“Absolutely,” she said. “I went to London with him and watched him perform and are very close. He and I are super cool friends and all that you saw was really real. I saw him not too long ago in LA and just gave him a hug and I told him thank you. I will always have respect for Flav, he changed my life.”

“No lies, it was really was,” she added, when told that she no longer had to adhere to non-disclosure agreements. “I was impressed by the person he was [Laughs] I am just telling you that it truly was. I still love him. I’m for real.”

Hoopz doesn’t keep in contact with the Flavor of Love girls and also didn’t realize that she would be apart of TV history, since the experience was so new to her.

“It was so new, like reality everything, especially the type of show that we were doing and it was new for us,” she said. “It was my first time stepping out in the public and not really knowing what was going to happen. It was so overwhelming and surreal for me. I didn’t even know all the other women because they kept everybody separate. I will say [the producers] were so good at keeping so many things from you.”

Since her breakup with Flav, Hoopz continued to be friends with the rapper and co-starred on other reality shows since then, like I Love Money and It Takes a Sister.