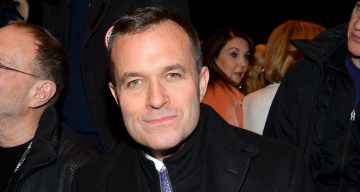 Fans of Fox News’ show Good Day New York will have to get used to a new face now. Fox anchor Greg Kelly announced his decision to leave the show after nine years. What happened to Greg Kelly? Why did Greg Kelly leave Fox News? Keep reading to find out.

Kelly was a part of Good Day New York for almost nine years. So, it could take a little while to get used to a new anchor delivering the news.

Keep on reading if you want to know more about where is Greg Kelly going.

Greg Kelly joined the show Good Day New York in 2008. On September 28, 2017, he announced that he was leaving the show. Kelly appeared in the last episode of the show alongside his long-time co-host, Rosanna Scotto on September 29, 2017.

In the announcement, Kelly said, “This is my last episode, there are some other things I’m excited about doing and I am very, very grateful for all the time I’ve had here and for all the people who make this show possible.”

General manager, Lew Leone said, “We want to thank Greg for his years of service. He has been an integral part of the FOX 5 team and we wish him the best of luck in the future.”

Where Is Greg Kelly Now?

The reason behind Kelly quitting the show has not yet been revealed. Furthermore, he is unable to disclose details about the new job.

Kelly said, “I can’t say nothing about nothing for a long time.” So, does this statement mean that he already has a new offer and we will see him soon on another news channel?

It has been reported that Greg Kelly will be replaced by former ABC news anchor Lori Stokes. She will anchor the 7:00 a.m. to 10:00 a.m. show with Rosanna Scotto. Stokes has worked with ABC for almost 17 years.

Talking about Stokes, Leone said, “As a longtime fan, I couldn’t be more excited for Lori to join the FOX 5 family. Her experience, knowledge, professionalism, success and commitment to the local community make her an ideal partner for Rosanna Scotto and the ‘Good Day New York’ team.”