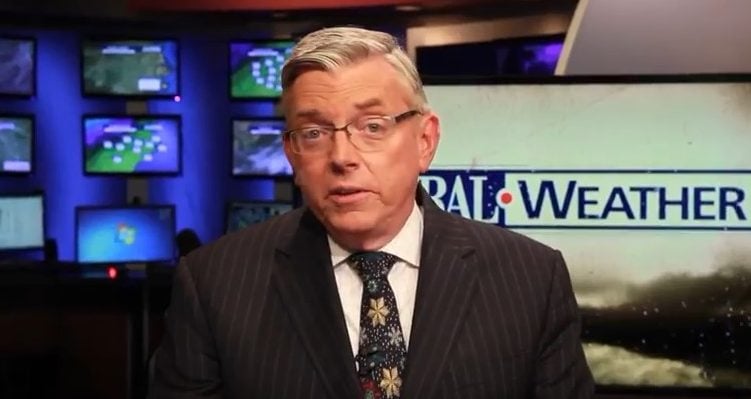 Greg Fishel has been a mainstay of WRAL-TV in North Carolina for over three decades now. But suddenly this week, we got word that he is on medical leave. What’s wrong with Greg Fishel? And why is Greg Fishel on medical leave? We’ve done some digging, and hopefully have some answers for you.

What Happened to Greg Fishel?

Greg Fishel has been a part of the team at WRAL-TV since he began with the station in 1981. That’s over 30 years worth of broadcasting!

He is more like a part of the family at the station, as opposed to just some guy who does the weather. So, the recent news about a health issue is all the more troublesome. So, what is going on with Greg Fishel?

The truth is, we don’t know for sure. But WRAL-TV issued a statement yesterday evening that may have given us some clues.

The statement read, “We want to let you know that WRAL Chief Meteorologist Greg Fishel will be out for a while on medical leave. We are holding Greg in our prayers and wishing him a speedy recovery. We expect Greg to be back on the air in late March. We wanted to let you know, so you wouldn’t wonder where he was.”

While the statement respects Fishel’s privacy, it did let us know that he is going to be out for a while. Whatever the medical issue is, it came as a surprise. So, Greg Fishel’s sick leave wasn’t planned.

While that may sound a bit on the scary side, there is a bit of good news contained within the statement. WRAL-TV appear to believe that Fishel will be back in just over a month. That’s good news because whatever Greg Fishel’s illness or medical situation is, the prognosis is good, or at the very least, optimistic.

The station also mentioned that if you would like to send Fishel your get well wishes, you can do so by sending your cards to:

Greg Fishel began his meteorological broadcasting career shortly after he graduated from Pennsylvania State University. His first gig was at WMDT-TV in Maryland.

The meteorologist started working at WRAL-TV in 1981. He eventually took over as the head meteorologist of the station in 1989 when Bob DeBardelaben retired.

Fishel is also the first certified broadcast meteorologist in the United States. He even helped develop the American Meteorological Society’s exam to certify future meteorologists via the Certified Broadcast Meteorologist program.

Well, we certainly hope to see our favorite weatherman back on our screens in March!