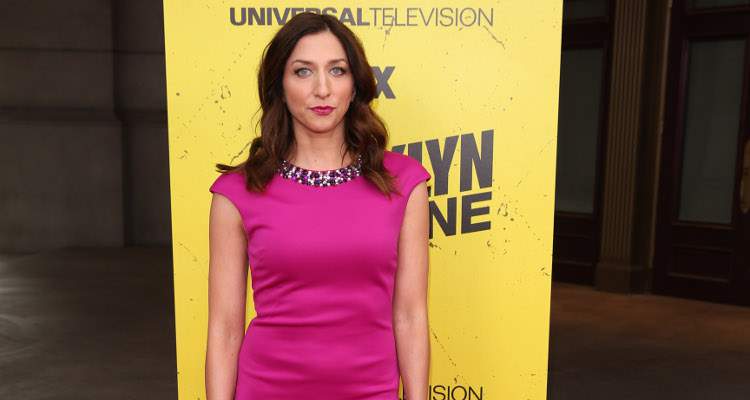 The fall finale of the hit Fox show Brooklyn Nine-Nine aired yesterday, and fans were delighted that Gina was back! Many feared that Chelsea Peretti was leaving Brooklyn Nine-Nine because she did not make an appearance in the new season until last night.

So, what happened to Gina from Brooklyn Nine-Nine? We’ve got the scoop for you, right here!

Who is Gina Linetti?

Here’s a quick look at Gina for those who are new to the show.

Gina Linetti is a civilian administrator on Brooklyn Nine-Nine. She works as an assistant to the precinct’s captain Raymond Holt, and is a childhood friend of Detective Jake Peralta, played by Andy Samberg, who also got her the job.

Gina’s world revolves mostly around herself. She loves the limelight, has a sarcastic opinion about everything and everyone, and is not afraid to speak her mind.

Outfit of the day. #Brooklyn99

Fans can’t have enough of Gina’s quirks. She has boasted of being a better dancer than Beyoncé! Also, the fact that she has gotten engaged eight times but never married is something only Gina can pull off!

Gina is whimsical most times, but also very observant and street-smart, and somehow gets her job done. Of course, she would rather be playing “Kwazy Cupcakes” or go on a world tour with her dance troupe than sit at a desk all day!

What Happened to Gina?

Gina did a disappearing act before. Many fans wondered if the Brooklyn Nine-Nine creators killed off Gina after she was hit by a bus at the end of the first half of season 4.

But she made an appearance (armed with a medical halo!) later that season, and fans heaved a sigh of relief. Gina was not dead as people feared!

She's back! ? Watch Gina's return in last night's episode of #Brooklyn99 by clicking the link in our bio.?

But then, season 5 premiered and Gina didn’t make an appearance! Speculation rose like rapid fire and everyone was dying to know if Gina is leaving Brooklyn Nine-Nine.

The truth is, her absence from the show was due to Chelsea Peretti’s pregnancy in real life! The show’s producers included Peretti’s pregnancy at the end of season 4, as Gina finally confessed being pregnant with Boyle’s cousin’s baby, who she said would be named The Enigma or The Enigmo!

ICYMI: Gina is preggo! ? Find out who the father is by clicking the link in our bio. ? #Brooklyn99

The timing of the pregnancy worked perfectly, and Gina’s absence from the precinct was attributed to her going on maternity leave.

Executive producer Dan Goor explained Gina’s absence from the first few episodes of season 5, saying, “Chelsea and Gina are both on maternity leave, so Chelsea’s not in at least the first eight or nine episodes. We saw a little bit of it at the end of last year, but Chelsea would kill me if I made her put on a pregnancy suit.”

Where is Gina Now?

If you missed last night’s episode, you may still be wondering where Gina on Brooklyn Nine-Nine is. We are glad to report she is back on our TV screens! Gina is officially off maternity leave, and everything is right in the world again (or at least that’s what she would like us to believe)!

i forget who makes this sweater but what a masterpiece #BROOKLYN99 tomor ***UPDATE!!! Its by @xirena_ ***

Get ready for more of Gina’s sardonic humor when Brooklyn Nine-Nine returns after its winter hiatus, although no dates been confirmed yet. We are hoping the rest of season 5 airs soon! We love the current storyline, and there is so much to look forward to in the lives of Peralta and the crew so it’s no surprise that fans are anticipating its return!