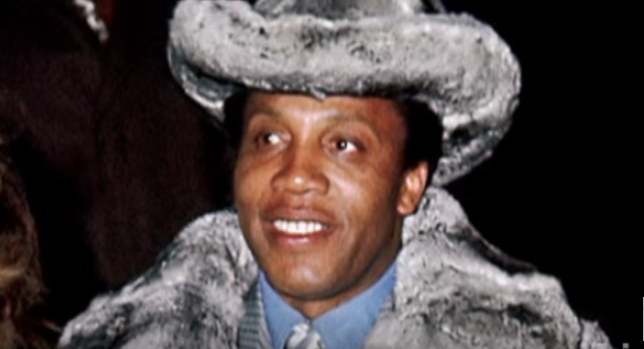 Frank Lucas is known to have smuggled heroin and other drugs first into the United States, and then internationally. His drug trafficking resulted in multiple arrests. Where is Frank Lucas now? Here is everything you need to know.

Frank Lucas faced harsh circumstances early on in life. He was born on September 9, 1930, in La Grange, North Carolina and was raised in Greensboro during the Great Depression. Amongst the many atrocities he faced, the worst was witnessing his 13-year-old cousin’s murder at the hands of Ku Klux Klan members, who claimed he made eyes at a white woman. After finally securing a job, his boss found Lucas being intimate with his daughter. As a result, Lucas knocked the man unconscious with a pipe, and stole $400 from the company’s register. His mother told him to move to New York in order to avoid a prison sentence. After almost 20 years in Harlem, his robberies and assaults caught the attention of notorious gangster, Ellsworth “Bumpy” Johnson. In the years that followed, Lucas traveled to various countries, including Thailand, using the war as a base to place a foot into the drug industry. From wearing an Army uniform to meeting with smugglers, to forming connections and sourcing drugs through coffins of dead soldiers, Frank Lucas was determined to take over Johnson’s business.

After years of arrests and convictions, he is said to have settled for an ordinary life in Harlem. But what happened to Frank Lucas afterwards remains unknown. Whether or not Frank Lucas is still alive or dead remains a mystery.

It is said that Frank Lucas always fancied the riches of life, revealing that he wanted to be “Donald Trump rich.” It is safe to say that he pretty much achieved his goal. After firmly grounding himself in the drug industry, he roped in a lot of people to help grow his business. Selling his brand of “Blue Magic” heroin made him a fortune that only few could dream of. At his peak, Frank Lucas’s net worth was around $52.0 million, most of which he kept in Cayman Islands banks. Now, it is estimated that he is worth $1.5 million. He was married to Julianna Farrait, a homecoming queen from Puerto Rico, and is said to have showered her with many expensive gifts.

Frank Lucas today is known as one of the country’s most well-known gangsters. While the drug kingpin kept his appearance casual, he enjoyed the finer things in life, and often wore a chinchilla coat and matching hat (worth a combined $60,000) his wife bought him. He purchased properties all over the world, including offices and buildings in Detroit, Los Angeles, and Miami. He also bought himself a sprawling ranch in North Carolina, which later became home to 300 black Angus cattle, and a breeding bull worth $125,000 alone!

Owing to his prominence, Lucas formed alliances with the who’s who of the entertainment, political, and crime world. It was his popularity and colorful life that inspired the Universal Studios film, American Gangster in 2007 that went on to see great success at the box office.

The End of Frank Lucas’s Saga

After making it big and enjoying the best of life, Frank Lucas had to surrender to a 70-year jail term in 1975, after being convicted of both federal and New Jersey state drug violations. Within months behind bars, he provided authorities with critical information about his mafia and police informants, which led to his sentence being shortened, and his release in 1981. He was then arrested for trying to exchange heroine for cocaine in 1984 but was released in 1991 on the defense of prosecutor Richie Roberts, who contacted Lucas despite the gangster once having a contract out for his life. In the years that followed, Roberts helped Lucas get his life back on track, and they developed a deep friendship. He also became the godfather to Lucas’ son.

Frank Lucas went on to live a life of compassion in the time that followed. He supported his daughter’s charity organization, Yellow Brick Roads, which works towards helping children whose parents have been incarcerated. According to reports, Lucas had an accident that left him wheelchair bound.

Although Frank Lucas’s 2017 whereabouts are unclear, his name is bound to remain etched in American crime history.