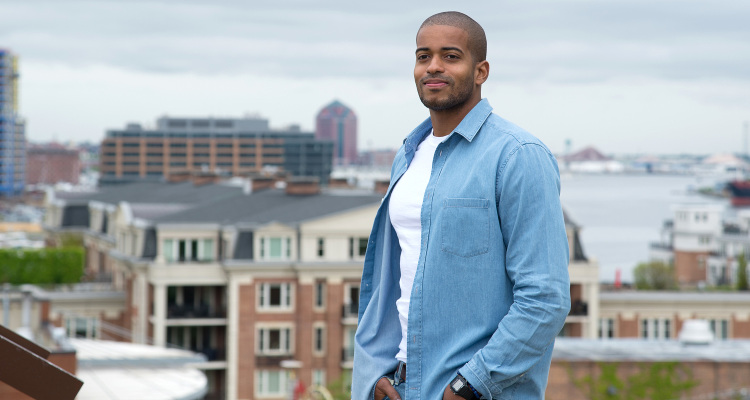 Rachel Lindsay had to say goodbye to a lot of guys on The Bachelorette. Her top three were: Peter Kraus, Bryan Abasolo, and Eric Bigger. Unfortunately, Bigger did not make it any further, leaving Kraus and Abasolo.Bigger and Lindsay had good chemistry going on the show, which is why people were shocked when he was eliminated.

Eric Bigger on The Bachelorette 2017

When the 29-year-old reached the final three, he was the youngest and most inexperienced contestant left. He had never been in love before, and the last girl he introduced to his family was his prom date. After this revelation, fans were skeptical about him, but Lindsay was not.

He seemed to grow as a person when he was with Lindsay, making it seem like they had a deeper, closer, relationship than the other contestants. In fact, unlike Peter, Bigger was willing to propose. Talking about her relationship with Bigger, Lindsay said, “With Eric, our relationship has just continued to progress at such an extreme rate. Like, everything moves so smoothly, we don’t have any hiccups, I don’t see any red flags. I’m not confused. I know exactly how he feels. Eric was saying, ‘I love you and this is what I want and this is what I’m ready for.’ And Peter’s saying, ‘I’m not.’”

Why Did Rachel Lindsay Let Him Go?

Unfortunately for Bigger, Lindsay claimed that she was further ahead in her relationships with Peter and Bryan, which is why she had to let him go. Unlike some of the more dramatic exits we saw on the show, Bigger took the high road and was very mature when saying goodbye.

During their goodbye, Lindsay revealed that though she loved him, she was not in love with him. He also admitted that he would always love her —something that broke the hearts of everyone who was rooting for him to stay.

Eric Bigger and Rachel Lindsay had a genuine relationship and a real connection. But, her relationship with the other guys was stronger, and that’s why she let him go. Since his elimination, upset viewers are hoping he will get to be the next Bachelor.