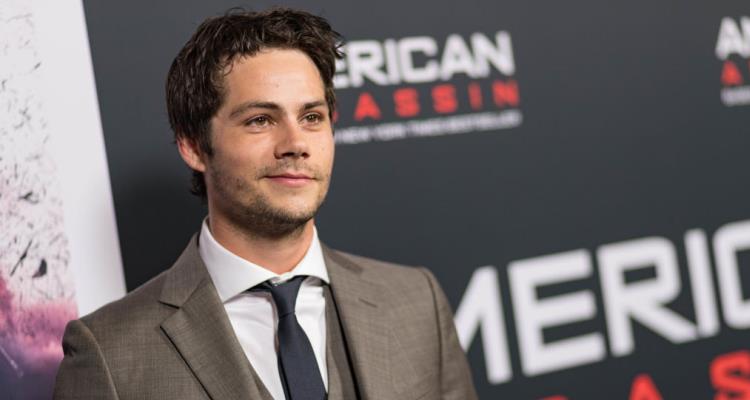 Maze Runner actor Dylan O’Brien said Thursday that he’s happy the latest film in the series included a take from his dangerous stunt that caused him a serious injury. Now, all people want to know is, what happened to Dylan O’Brien? Here’s what you need to know about Dylan O’Brien’s accident on the set of Maze Runner: The Death Cure.

The Maze Runner: The Death Cure cast and crew previously shot a stunt where the franchise star suffered a terrible injury. As a result, production of the film was shut down for months while he recovered. It was in March 2016 that the accident involving O’Brien occurred, on the Vancouver, Canada set of the latest installment of Maze Runner.

The 24-year-old was immediately moved to a local hospital for “observation and treatment,” and the film production was halted. According to a celebrity tabloid site, he was involved in a car stunt, and was accidentally run over! However, cast member Chris Sheffield, who plays Ben, denied the statement. Other sources reported that O’Brien suffered a head injury.

Fellow actress Kaya Scodelaro-Davis took to Instagram to wish him well, also denying the reports from the site.

she wrote: “Thinking of you Dyl, sending love from all of us, see you soon -guys, Thank you for your well wishes and love but please get your information from official sources like Fox (the studio) and Dylan’s publicist. NOT TMZ.”

So what’s the real story? What happened to Dylan O’Brien on that fateful day? According to Vulture, O’Brien was injured in a stunt that went horribly wrong. While being pulled from one vehicle, he was reportedly struck by another, leaving him with a concussion, facial fracture, and brain trauma among other injuries. Production was halted for several weeks, then indefinitely.

? Thinking of you Dyl, sending love from all of us, see you soon? -guys, Thank you for your well wishes and love but please get your information from official sources like Fox (the studio) and Dylan's publicist. NOT TMZ

Details on O’Brien’s injury remained unclear until he recently opened up about what really happened. Until now, he hasn’t been comfortable reliving the accident or going into detail about that tough time in his life. “There’s really been one or two people who have tried to dig and find out what happened and I cut it off,” he says. “And I’m comfortable with where I draw the line.”

He explained that a lot of what he went through took a real toll on him psychologically.

“I had lost a lot of function, just in my daily routine,” says O’Brien. “I wasn’t even at a point where I felt like I could handle social situations, let alone showing up and being responsible for work every day. Long hours on set, delivering a performance and carrying a movie … it just makes your palms sweat.”

He wasn’t the same. And his recovery (not just physical, but mental) took its own toll on him. It’s taken time, but it seems that is exactly what the actor needed most. Now, he seems to have healed and is excited to get back to his old self again. He’s certainly learned a lot, about himself and the meaning to his life. A near death experience certainly puts things into perspective!

“Coming out of the other side of all this is basically a whole new chapter, and I think I will be going about it differently,” said O’Brien. “I’m excited to have more balance going forward. Like, I’m not somebody I don’t think who’s going to do three or four movies a year and feel like I have to constantly pump them out. I think there’s something to be said about pacing yourself.”

Even so, the actor enjoyed his stunt work, saying, “I love taking falls, I love going into the ground, I love adding that physical aspect to a role,” adding, “I haven’t gotten to do that in a lot of things I’ve done. It’s tough but it’s great. There’s nothing else to do than throw yourself into it, literally.”

The Scene Was Still Used in the Movie!

Despite Dylan O’Brien’s injury, director Wes Ball wanted to incorporate an earlier (successful) take when filming began again in 2017, with a healed O’Brien. “[Ball] wanted to run by me, or get my blessing, or see how I felt about him still having the shot in the film,” said O’Brien. “And it was funny. My response was actually like, ‘I need you to, in a way. I would be more heartbroken than if it just went to waste.’”

The scene is featured in the trailer of one of the Maze Runner films as the actor’s character, Thomas emerges from the window of a moving vehicle as it approaches a speeding train. The director spoke about the epic scene, saying, “It’s a real big shot, you see [O’Brien’s] face and the train as he climbs on. It’s the longest shot of the whole sequence. We were only going 10 miles per hour, but with the CG, it made it look like it was going 40.”

After O’Brien’s accident, Ball didn’t take any chances. The remaining footage from the intense action scene that opens the movie was shot on a parked train, and the movement was created by the WETA special effects group. O’Brien remains hopeful about the new film and was proud to finally see it through to the end.

“My hope is, years from now, people will look back at movies and talk about that sequence from the third Maze Runner. It’s an amazingly designed sequence. I am really proud of it, and I am so happy I was able to finish the scene.”