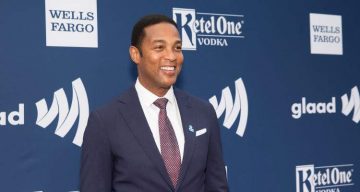 A week after his sister’s death, Don Lemon returned to CNN Tonight Tuesday, and thanked everyone for their prayers and words of encouragement.

The popular CNN reporter lost his older sister on January 31, 2018, and shared the tragedy on Twitter. Thoughts and prayers came pouring in for the Lemon family as they mourned the loss of their beloved family member.

What happened to Don Lemon’s sister? How did Leisa Lemon die? We have the details of this tragic story, right here.

What Happened to Leisa Lemon?

The Denham Springs, Louisiana resident was fishing in a neighborhood pond when she fell in and drowned. She was 58 years old.

Police were called to the scene at about 4:00 p.m. on January 31, after receiving reports that a woman fell into the water.

Her death was labeled an accident, and the local sheriff’s office said they did not suspect foul play.

Tributes Pour in for Leisa Lemon

Last week, the family released a statement saying, “The Lemon/Grimes family would like to thank everyone for their condolences and prayers at this time. Our family has suffered the tragic loss of L’Tanya ‘Leisa’ Lemon Grimes. We are leaning on each other for strength at this time. We appreciate privacy as we grieve the loss of our loved one.”

Don paid tribute to his sister on his social media accounts, and described her as his “partner in crime” and someone who “always had my back.”

His tweet received over 6,000 comments as the Twitterati rallied around him and his family to offer their condolences.

Even those with opposing political views extended their support to Don Lemon as he mourned the sudden death of his sister.

Lemon is one of CNN’s most prolific reporters but has often been in the middle of controversy for his strong opinions. Last month, he was in the spotlight for voicing his views on President Trump.

He returned to the CNN Tonight broadcast and started off with a special message of thanks to everyone who offered prayers, words of encouragement, and condolences after his sister’s death.

Lemon spoke about the reason for his absence saying, “First off, many of you have noticed that I have not been here. My older sister died unexpectedly last week, and I am back sitting with you tonight because this is exactly where she would have wanted me to be.”

“Leisa was so proud of me, and all she wanted for Christmas last year was a new CNN Tonight T-shirt,” he said.

Don Lemon returns to CNN after his sister's death: "It's important for all Americans to know that something like this — when it happens, it tends to bring out the best in people" https://t.co/7xVnhRn29J https://t.co/IQbN7A6d8b

Lemon added, “I want all of you to know that your prayers and your words of encouragement have meant the world to me and my family over the last few days. So many of you have reached out to me that I can’t respond to all of them, so I want to respond now and please pass this on.”

The CNN Tonight host also thanked reporters from rival networks, including Sean Hannity, Megyn Kelly, Joy Reid, and more. He was full of gratitude for his team and CNN President Jeff Zucker in his emotional message.

Our thoughts and prayers are with Don Lemon and his family during this difficult time.