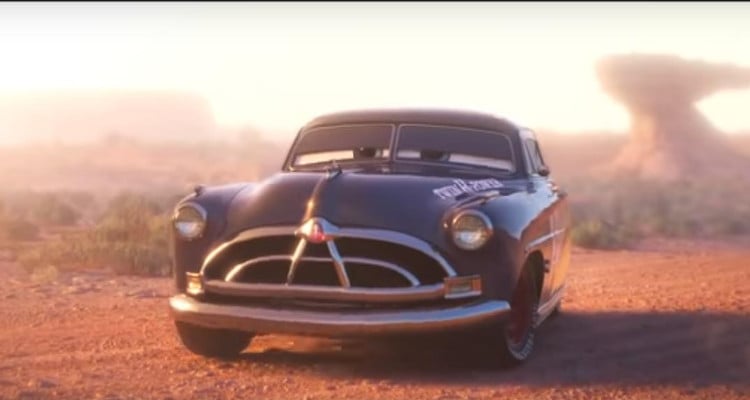 Cars came out with its third movie in 2017, and fans of all ages are still upset! If you’re wondering about Doc Hudson in Cars 3, then buckle up; it’s going to be a bumpy ride! Did Doc Hudson die? Find out right here.

It’s time to curl up on the floor and shed some tears! Doc Hudson, the trusty Hornet, might just be dead. The guy who mentored Lightning McQueen and taught him the important tricks of the trade was likely sent to the impound lot! Fans are wondering what happened to Doc Hudson in Cars 3, following the events of the franchise’s sequel.

Why Isn’t Doc Hudson in Cars 3?

Okay, so we didn’t even hear a peep about Doc Hudson’s death in the franchise, but we hoped to learn something after watching Cars 3. Forget about his death, nobody even talks about where Doc Hudson went off to in the latest movie!

Paul Newman, who voiced Doc Hudson in Cars, was a fan favorite. After his death in 2008, the production company thought it best to leave him out of Cars 2.

In the sequel, McQueen and Mater have a conversation about how they named the Piston Cup after Doc Hudson. Every time they mentioned Doc, it was in past tense.

But, Cars fans breathed a sigh of relief when it was announced that Doc Hudson was very much going to be in Cars 3, thanks to archived recordings of the late actor.

When it was finally released, Doc was only shown in flashbacks, but not in events following Cars 2.

Nathan Stanton, the film’s story supervisor, spoke about Doc Hudson’s death when he said, “We felt, after really tooling around with the idea of him being in the film and how do we properly use him, it just felt right that we should have his character have passed away also [as Paul Newman].”

The beloved Hornet’s cause of death is still unknown, and so are his last moments. The mysterious passing away of a popular character in the movie has not only upset fans, but made them very emotional! Many took to Twitter to express their sorrow.

Brad Stevens is to me what Doc Hudson was to Lightning McQueen. Except I don’t coach basketball. And we aren’t cars. Still a valid comparison though. #ThatsMyCoach

I finally got see cars 3 with my sister and the whole time she was crying because Doc Hudson wasn’t there anymore. I was like hey he was old, but he was our favorite car when we were growing up.

Doc Hudson’s office was turned into a racing museum, touching every last teary nerve of fans. The tribute to Doc Hudson in Cars 3 was an absolute tear-jerker, especially to see that the cars who raced in his league were all alive and kicking!

Though we saw that the bumps and bruises of the vehicles in the Cars universe can easily be fixed, we never thought to think about them dying.

Considering these facts, it was a little difficult to digest that Doc Hudson was dead. How was it possible?

Many fans dove into multiple theories on how cars die, but failed to find a suitable situation for Doc Hudson’s sudden death.

Let’s just hope, if or when the creators come up with a story behind his death, it will not be too tragic!

A post shared by Lightning McQueen⚡ (@thefabulouslightningmcqueen95) on Feb 1, 2018 at 9:15am PST