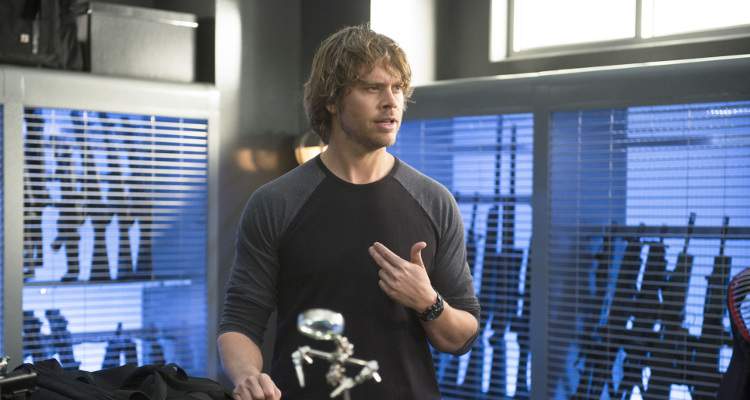 Fans of NCIS: Los Angeles are wondering about the fate of Marty Deeks and are asking if he is still a part of the show. Even though he was sent back to the LAPD for a while, he is back on the team as his services are vitally required. According to sources, he is back to being an important member of the team, so fans can breathe a sigh of relief!

NCIS: Los Angeles premiered on September 22, 2009, on CBS and went on to become one of the most popular and watched police drama series on TV. NCIS: Los Angeles is an American action television series that combines elements of both police procedural and military drama genres and follows the work of the LA-based Office of Special Projects (OSP). The OSP is an elite division of the Naval Criminal Investigative Service, which specializes in undercover assignments. Currently, the ninth season of NCIS: LA is being aired, having premiered on October 1, 2017. One of the principle characters on the show is Marty Deeks, played by Eric Christian Olsen, who was a veteran LAPD Detective who used to work undercover. Deeks is one of the characters on NCIS: LA who the audience can’t get enough of and has a fan following of his own. But people are asking; what happened to Deeks on NCIS: LA?

Deeks is also an experienced attorney at law who worked as a Public Defender in Los Angeles Criminal Courts before joining the LAPD. He is now the LAPD’s Liasion Officer to the NCIS and has been earmarked by Henrietta “Hetty” Lange (Linda Hunt) to become an Agent. Deeks had a rough childhood and is still traumatized by his experiences, but he uses his sense of humor to deflect it’s effects on him. When did Deeks join NCIS: LA? Even though Deeks first appeared on NCIS: LA on the episodes “Hand-to-Hand” and “Fame” on season one, he joined the NCIS: LA in the second season.

Some viewers are wondering if Deeks is leaving NCIS: LA. However, according to sources, Deeks is not leaving NCIS: LA! In fact, he is very much part of the show and was seen in the latest episode aired on Sunday, January 7, 2018. Deeks appeared on the episode titled “Under Pressure,” in which he presented a brain teaser to the rest of his fellow team members. It’s almost like Deeks is trying to give everyone an educational assignment so that they can sharpen their sense of deduction! Not that anyone’s complaining; fans are just happy to hear he seems to be staying for the long haul! As for Deeks’ brain teaser? Eric Beale (Barrett Foa) who is the team’s technical operator (and the resident geek) eventually solves the puzzle in his own unique and bizarre way.

Back in the Gang

Earlier Assistant Director Shay Mosley (Nia Long) had sent Deeks back to the LAPD because she thought that he was too “street level” to be able to be part of the grand-scale operations of the NCIS: LA. However, Deeks was required in the case of nabbing the bomber behind the North Korea threat and was allowed back on the team. But how long he lasts is anybody’s guess! At least for now, Deeks is definitely part of the NCIS: LA team. So, for all you Marty Deeks fans out there, your favorite NCIS goofball is still a big part of the show. Rumors will always swirl, but as far as we can tell, Deeks is going to be here for a while!