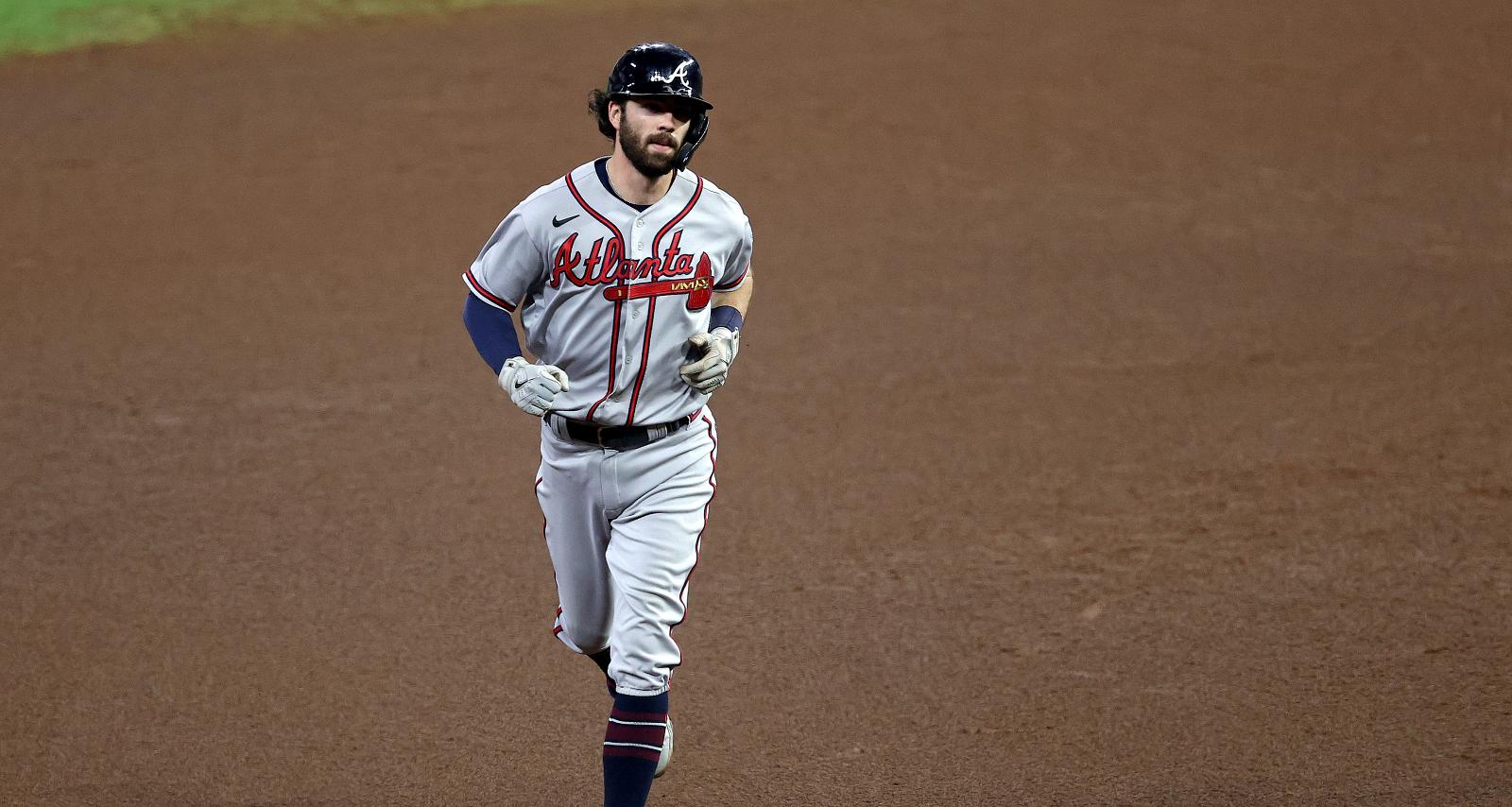 Dansby Swanson #7 of the Atlanta Braves at Minute Maid Park on November 02, 2021 in Houston, Texas. (Photo by Bob Levey/Getty Images)

Dansby Swanson is now a hometown hero after the Georgia native hit the two-run homer in Game 6 that led to the Atlanta Braves winning the 2021 World Series. And while everyone is praising the shortstop, Swanson also has fans’ concern after his post-game interview. Fans noticed an unusual feature on his face that now has them asking: What happened to Dansby Swanson’s eyebrow? There’s speculation that he was injured, but there’s no official statement from Swanson himself. However, a trustworthy source did provide some answers.

Dansby Swanson wrapped up the 2021 World Series victory with a post-game interview that left fans more concerned than excited. Swanson’s eyebrow seemed matted and uneven, which sparked a Twitter storm of speculation.

Some spun it with humor, joking that he needs to trim his eyebrows evenly. Others were worried that he got injured and wanted to know how.

The incident is not recent. MLB watchers noticed his unusual left brow at recent games, but his World Series post-game interview provided the clearest visual yet.

Swanson and the Braves didn’t make an official statement about what happened to Dansby Swanson’s eyebrow. However, the answer came from David O’Brien, a writer with The Athletic.

In an October 23 social media post, O’Brien revealed that Swanson was accidentally hit by a flying helmet during the National League Championship Series Game 2 post-game celebration. The game took place on October 17, with the Braves winning over the Los Angeles Dodgers.

Is that spider tack on @LieutenantDans7 Dansby Swanson’s eyebrow pic.twitter.com/muKAdxUZTn

The helmet hit Swanson on the left brow, and fortunately not his eye. Nonetheless, he got four stitches that became prominent at the recent World Series game.

Also Read: What Happened to SZA? Viral Rumor Alleges Rapper Is Dead after Being Run Over by Train

O’Brien is a sports writer on the MLB beat with over two decades of experience chronicling the Braves. He is a credible source regarding this update on Swanson.