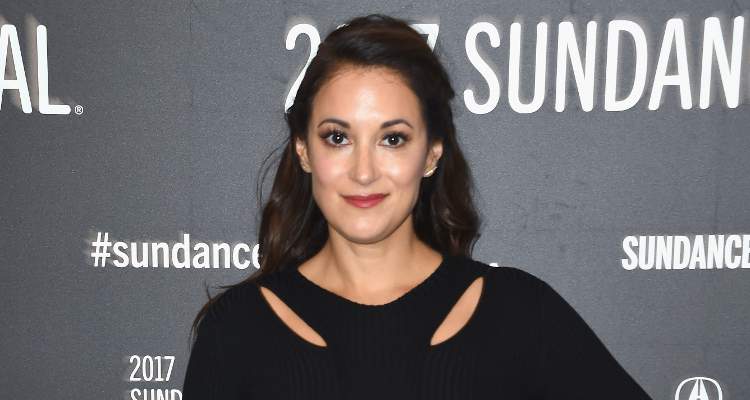 The season 2 finale of Life in Pieces had a shocking incident. After falling off a balcony on her wedding day, fans were wondering if Colleen from Life in Pieces is dead! Fans of the show are reeling from the latest revelations and are curious to know if their favorite character will return! Read on to find out more.

Season 3 of CBS’ Life in Pieces premiered last month, and, as usual, each episode is a laugh riot. But Colleen’s wedding day fall was no laughing matter! In last season’s finale, new bride Colleen, played by Angelique Cabral, fell off a balcony into a hotel swimming pool, and many fans thought she was dead!

Who is Colleen Ortega?

Colleen is a fan-favorite character, and it’s easy to see why. She is vivacious and fun and even spoke perfect French in the series premiere, much to the delight of the Short family.

She is also in a relationship with Matt Short, played by Thomas Sadoski, and fans love their on-screen chemistry. We couldn’t help but laugh whenever the two were caught making out!

The couple has had their share of relationship drama —what with an ex-wife, ex-fiancé, crazy roommate, and more trying to slip a wedge between the pair— but no matter what life threw at them, they always ended up together.

The Big Fall in Season 2

Last season saw Matt and Colleen move in together, after announcing their engagement at the end of season 1.

Fans couldn’t wait for the couple’s big day, and there was a lot of drama leading up to the wedding. The plans got out of control, there was a babysitting disaster, and the couple missed their flight for their Mexican destination wedding!

They finally got married at a temporary venue in their layover hotel, and everyone heaved a sigh of relief. Matt and Colleen were finally getting their happily ever after!

Then, the unimaginable happened.

On their wedding night, Colleen fell off a balcony into the swimming pool after the railing she was leaning against broke! Was this the end of the Matt and Colleen love story? Is Colleen from Life in Pieces dead? So many questions are swirling in our heads!

Where is Colleen Now?

Season 3 opened with some great news: Colleen didn’t die! The fall, however, left her badly injured and she will be in a wheelchair for a while.

Many fans suspected that the twist in the storyline was because Colleen from Life in Pieces was pregnant in real life!

Cabral was expecting a baby girl with husband Jason Osborn, and the creators of the show had to add the twist to hide Cabral’s baby bump at eight months pregnant. Cabral gave birth to a baby girl in September.

Life in Pieces executive producer Justin Adler said, “I can safely say she is not dead. Having her fall off the balcony gave us some options to cover up the fact she’s got a huge baby bump. These two have faced obstacles every step of the way, and this season is no different — it’s hard to start a marriage that you can’t even consummate because one of you is in a wheelchair.”

Though it still hurts to see her wheelchair-bound, we’re happy at the news that Colleen from Life in Pieces (well, Angelique Cabral) is pregnant! As Colleen and Matt find their way through their new misfortunes, we know that they will make it through in their own hilarious way. After all, there is nothing that a $2.0 million insurance payout can’t fix!