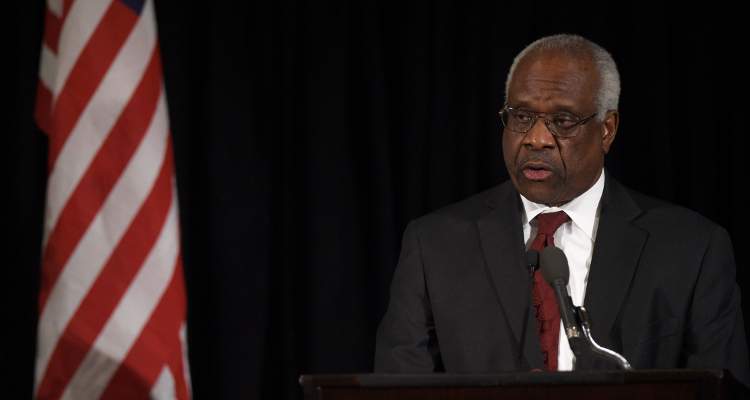 Interest in the scandal between Supreme Court Associate Judge Clarence Thomas and Anita Hill has been revived after almost three decades. The question here is, why didn’t anybody believe Anita Hill’s sexual harassment allegation against Clarence Thomas in 1991? Are people more open to it today? Get the full scoop on the case right here.

In 1991, attorney Anita Hill filed a sexual harassment case against then-Supreme Court nominee, Clarence Thomas. Hill not only didn’t get the support of people, but she also had to watch Thomas get promoted to Supreme Court, even after her allegations. Now, in the wake of the monumental Harvey Weinstein scandal, people are digging up the past.

The Beginning of a Movement

Clarence Thomas was the second African-American appointed to the Supreme Court of the United States, and it was a happy moment in history. But when Anita Hill pointed a finger at him with accusations of sexual harassment, it wasn’t well-received.

Also Read: What Happened to Anita Hill? Where Is Anita Hill Today?

Anita Hill was an attorney who worked at the Department of Education for Clarence Thomas. She even made the switch to EEOC with him when Thomas moved.

During the two years as his assistant, Hill was reportedly subjected to an abundance of lewd comments and dating requests from Thomas. She refused the offers, but was only faced with more sexual slurs.

Hill said, “He spoke about…such matters as women having sex with animals and films showing group sex or rape scenes.”

According to Hill, Thomas would openly make inappropriate comments. She recalled one incident when Thomas examined a soda can and said, “Who has put pubic hair on my Coke?”

These sexual misconduct allegations came out when Thomas was being considered for the Supreme Court. Apparently, one of the main factors that contributed to his election was his good character.

Later in the trial, Thomas was shocked to hear sexual harassment allegations from a person he considered a good friend, and who he helped in many ways.

Thomas said, “I lost the belief that if I did my best, all would work out.”

What was more intriguing was how the four other females who were ready to support Hill were never brought forward. The Los Angeles Times called the silencing “a private, compromise deal between Republicans and the Senate Judiciary Committee Chair, Democrat Joe Biden.”

Anita Hill was subjected to a polygraph test, which she passed. However, a counter-argument about how polygraph tests can’t be trusted arose, and the results were dismissed in court.

Clarence Thomas, on the other hand, did not sit through a polygraph. Instead, he stuck to speeches, where he vehemently denied all the allegations.

In a sudden turn of events, people began questioning Anita Hill’s credibility. They began to wonder if she was delusional and vengeful.

According to reports, Thomas’ wife, Virginia Lamp, called Hill and asked her to apologize for the allegations.

Hill said, “I testified truthfully about my experience and I stand by that testimony.”

How can anyone now honestly doubt that Anita Hill didn’t tell the truth? Clarence Thomas perjured his funky ass onto the Supreme Court. There are women everywhere telling their stories and legions of people will question their motivation. #anitahill #metoo #sexualharassment #truth #tellyourstory #selfcare #clarencethomas #anitatoldthetruth

Where Is Clarence Thomas Today?

Clarence Thomas is currently an Associate Judge at the Supreme Court, and still stands by his earlier statements.

In Thomas’ autobiography, My Grandfather’s Son, he mentions the Anita Hill scandal. He alludes readers to the fact that he believes that the pro-choice liberals used this scandal against him, as they feared his power at the Supreme Court.

It is now almost 27 years since Hill made allegations against Thomas, but she is considered as a revolutionary today, as well as an inspiration for women to voice their uncomfortable experiences.

As one of the first women to publicly raise the issue of sexual misconduct at the workplace, Hill is highly looked up to. She recently spoke to a theater full of people from the entertainment industry who gathered to sculpt new rules about this sleeping giant.

Even actress Alyssa Milano spoke out about the Harvey Weinstein case.

“It is because of Anita Hill that we can say, ‘This happened to me,’” Milano said. “Today we want women everywhere to know we are listening and the days of silence are over.”

Hill spoke at the United Talent Agency about sexual harassment, which is receiving much overdue attention thanks to the Harvey Weinstein scandal. It’s only a matter of time until women from all walks of life will feel safer and stronger after some new laws are passed.

But for now, the emboldened women who have in fact come forward with their stories credit their courage to none other than Anita Hill.