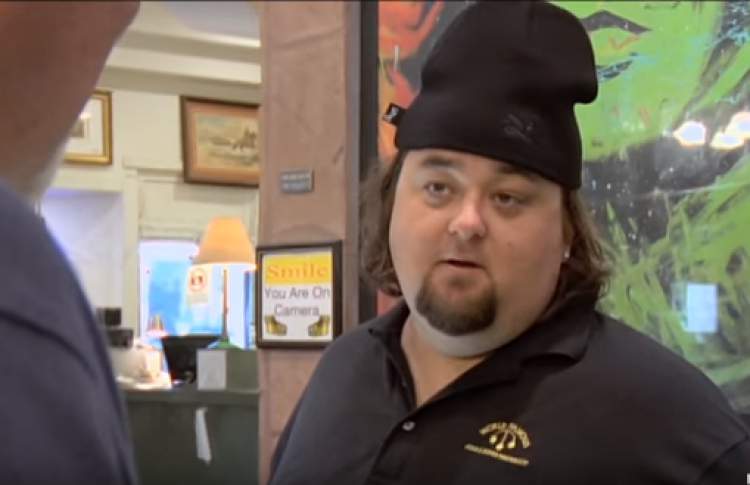 So, did Chumlee die off of Pawn Stars? And if he is, in fact, dead, when and how did Chumlee on Pawn Stars die? The short answer is no, he did not die—Chumlee is alive and well! Multiple news outlets have circulated a fabricated story that Chumlee passed away due to a heart attack, and some are even claiming he died from a marijuana overdose! Chumlee, real name Austin Russell, has in fact lost over 100 pounds recently, and seems to be in the best health of his life!

False news outlet Internet Chronicle wrote that the reality TV star passed from overuse of marijuana—a fate that is near impossible to meet. They wrote, “In what may come to be a medical landmark, ‘Chumlee’ Russell of Pawn Stars fame died from a marijuana overdose Monday night and was found by friend “Big Hoss” Harrison on Tuesday morning. Earlier this year, ‘Chumlee’ was arrested with seven pounds of marijuana which he asserted were all for personal use.” While it’s true that he was previously arrested for drug possession, it’s completely untrue that he overdosed on marijuana. The article blames his “death” on the improper use of vaporizers. They even went so far as to make up quotes from his supposed close friends and family members: “Fans and family mourn the loss of ‘Chumlee’ and have taken the opportunity to speak out against drug abuse. ‘To die like that, it’s just a shame,’ said Rick Harrison, manager of the world-famous Gold and Silver Pawn Shop, as he teared up. ‘It’s just a shame to lose such a fun guy as Chum. Rest in peace, buddy.’”

Since these fake news outlets went to such lengths to try to make Chumlee’s death sound believable, it’s no wonder that fans began to panic when they heard their favorite Pawn Stars personality was gone forever. However, upon hearing about his supposed death, Chumlee took to Twitter to let everyone know that he’s as healthy as ever, tweeting “May we live long, Rich forever.”

If that wasn’t enough to lets fans know Chumlee was okay, his co-star and boss Rick Harrison also sent out a couple of his own tweets, saying “Breaking news: CHUMLEE IS ALIVE & WELL! He is actually filming today but we all really appreciate everyone’s concern!” and “[Chumlee] is ALIVE & WELL! He is 101 lbs down & in the best health of his life! Thanks for your concern! He is filming today at GS Pawn.”

Well, that solves that. And if you’d been wondering if Chumlee is still on Pawn Stars, then you have your answer to that, too! You can watch Pawn Stars on the History channel every Monday at 9:00 p.m. EST.