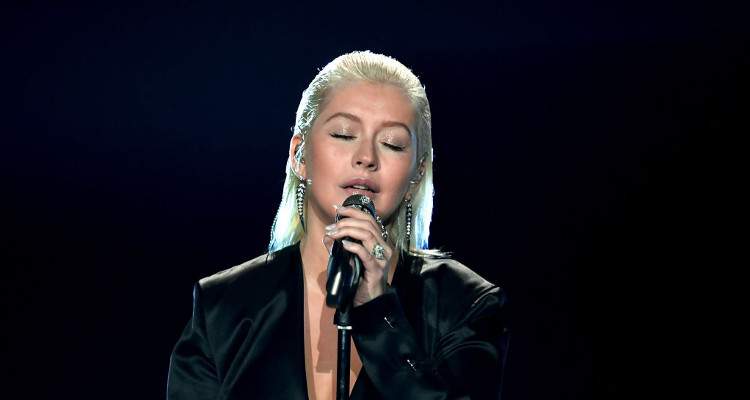 Christina Aguilera blew everyone away at the 2017 American Music Awards with her rendition of several Whitney Houston songs from the classic movie, The Bodyguard. But as she performed, fans could not help but notice what they think is a baby bump! While it could well be a matter of simple speculation, Twitter is exploding with rumors that Aguilera could be pregnant with baby number three!

The 2017 American Music Awards was held on Sunday, November 19, 2017, at the Microsoft Theater in Los Angeles, California. One of the show’s highlights was undoubtedly Christina Aguilera’s heartfelt tribute to the late Whitney Houston. She sang several of Houston’s hit songs from The Bodyguard soundtrack as part of the 25th anniversary tribute to the classic album, which was first released on November 25, 1992. Aguilera belted out “I Will Always Love You,” “I Have Nothing,” “Run to You,” and “I’m Every Woman, ” with a spot-on and powerful performance that left the audience in awe! However, one thing that caught everybody’s attention was Aguilera’s supposed baby bump. Is Christina Aguilera pregnant again? Here is what happened to Christina Aguilera.

Christina Aguilera’s age is 36 and she is already a mother to two children, Max Bratman and Summer Rain Rutler. Even though speculation is rife that she might be pregnant with baby number three, she and her fiancé, Matthew Rutler have not yet addressed the rumors. That, however, has not stopped the speculation as some believe her black outfit was chosen to conceal Christina Aguilera’s weight gain. Anybody who saw Christina Aguilera at the 2017 AMAs loved her simple and sleek look that brought out her beauty.

Fans in a Frenzy

Nobody could deny that Aguilera looked stunning on stage, and her performance will be remembered for years to come. But her fans are in a frenzy over what some believe is the impending arrival of another baby! Some even took to social media to talk about the singer’s alleged baby bump. One fan wrote, “Is it me or does Christina Aguilera either looks pregnant or maybe she’s just thick? Either way, she still looks amazing! [sic]” Another kept it simple saying, “Christina Aguilera look like she pregnant. [sic]” Twitter erupted with rumors that the singer is pregnant again, but she has not yet addressed them, so the news is not confirmed.

Fans are also hoping that Aguilera will be releasing her eighth studio album soon. She’s collaborated with several artists like Pharrell Williams, and said in 2015, “I just have to make sure it’s right, and it’s genuine, and it’s heartfelt, and I’m very excited to pour my heart out into this record fully. I’ve been gathering and writing and coming up with these amazing ideas for different parts of how I was feeling the past year, so I’m really excited to vocalize all of it and make it all come together.” As for when the new record will come out, that is still unknown. But fans are keeping their fingers crossed for some good news from the singer!