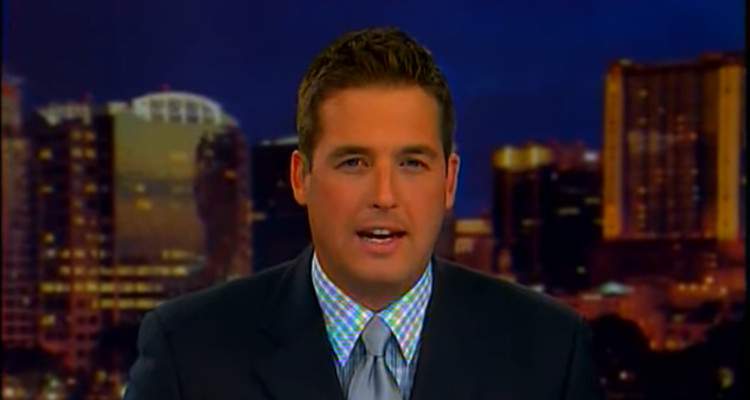 Christ Egert, a journalist who underwent a below-the-knee amputation on his left leg, took to Twitter to thank his colleagues who covered his shifts. Extremely upbeat about his recovery, he is keeping fans updated on his health. Read on to know more.

When former WFTV-Channel 9 anchor, Chris Egert took to social media to announce that he was going through a series of surgeries and subsequent amputation, after suffering pain in his left leg. What happened to Chris Egert? His amputation worried quite a few fans, but the KSTP anchor is keeping his spirits high! Read on to learn all about it.

According to Christ Egert, 43, he “battled chronic ankle sprains as a child, and into my adolescent years as a high school and college athlete. Then as an adult, we tried nine different surgeries to help with mobility and severe pain. Infection set in during the last round of surgeries that started in August — and it became clear that amputation was the best of all remaining bad options.”

Chris Egert has been with KSTP, an ABC affiliate in St. Paul-Minneapolis, since May 2012. He took to social media to thank his colleagues who filled in during his absence and supported him throughout the process. Egert seems to be quite upbeat about his recovery and is extremely positive about the future.

On Facebook, he wrote that it will take him another three to four months to be fitted with a prosthetic leg and that fans can expect to see him behind the KSTP desk within by mid-January 2018. We are sure that viewers and his colleagues will be happy to see him back at work!

Not long after his surgery, he was able to successfully walk a few steps in his Hennepin County Medical Center, Minneapolis room. He tweeted, “Took my first steps today — wasn’t easy but it felt good getting out of bed.  Thanks for all of you who’ve been sending prayers this way — we appreciate it!”

Took my first steps today — wasn’t easy but it felt good getting out of bed. Thanks for all of you who’ve been sending prayers this way — we appreciate it! pic.twitter.com/Gqok7tZUOQ

Luckily, he has a fellow journalist to keep him company. Courtney Godfrey, a reporter at Fox who lost her left foot in a boating accident earlier this year, visited Egert at the hospital, and the two had a friendly arm wrestle.

Meanwhile, Egert and wife are both looking forward to being with their son, Dakota. Now 12, and dubbed the “hurricane baby,” he, like the rest of us, wants his dad to make a full recovery soon!