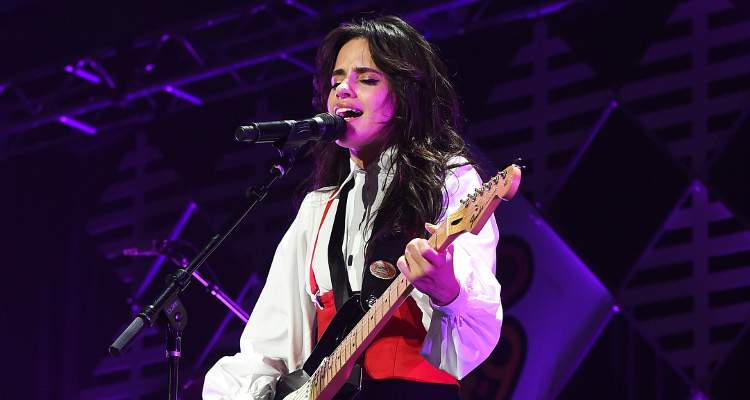 With her latest song “Havana” turning out to be a chartbuster, songstress Camila Cabello is on cloud nine after breaking out as a solo artist. Still wondering why she left Fifth Harmony? Keep reading to learn more!

Camila Cabello hit the bullseye with her hit song, “Havana.” Since her split from the group, people have been wondering what happened to Camila Cabello from Fifth Harmony. Going solo seems to have been the right decision for the singer, whose latest single has reached the No. 4 spot on Billboard‘s Hot 100. For more about why Camila left Fifth Harmony and where she is now, keep reading!

What Made Her Leave Fifth Harmony?

What happened to the fifth girl in Fifth Harmony? The group spent this year as a quartet with many wondering, why did Cabello quit? Well, that’s a question she answered on the Zane Lowe on Beats 1 radio show saying, “I think that happened to me as I was discovering my voice as an artist. Especially as a songwriter. I felt like I needed to express that.”

She added, “And it was just time to sing my story and sing words that were coming from my heart as opposed to words that people were writing for us.”

After being asked if  Zayn Malik’s departure from One Direction prompted her to go solo, she said, “I don’t think that influenced my decision, but I was definitely like, hey, you go Zayn!”

What the Group Thinks about Cabello

Camila Cabello and Fifth Harmony had some choice words for each other after she decided to go solo. The group felt hurt by her, issuing a statement saying, “We called for group meetings which she refused, we asked L.A. Reid and the label to step in and try to set meetings, which again, she refused. We even went as far as group counseling which she did not show up to. We were truly hurt. We’ve been together for almost five years, been through ups and downs. While this isn’t the way any one of us would have wanted this chapter in our lives to have ended, we had to begin to formulate a plan and constructive path for Fifth Harmony to move forward, beyond Camila.”

Recently in a ‘Storm’

Camila Cabello, who left Fifth Harmony last year, released the lead single from her debut solo album last August. A remix of  “Havana” (using splices of Donald Trump’s speeches to the song’s lyrics) was recently uploaded to YouTube. Considering the song is about her love for Cuba, where she was born, Cabello was not happy about what had been done to her song. In fact, she took to Twitter to apologize writing, “Havana… sweetie… i’m so sorry. [sic]”

She was honored at the 2017 Billboard’s Women in Music event as this year’s Breakthrough Artist. She had mentioned that her first solo album is officially finished and promises that it will be coming out soon! She admitted to already playing the album for a few of her close friends and is buzzing with excitement about its highly anticipated release! About the album, Cabella said, “Every song represents me so much. I’ve reunited with my voice. It literally brought me back to myself.” We don’t know about you, but we can’t wait to hear what this former “Harmonizer” has in store!