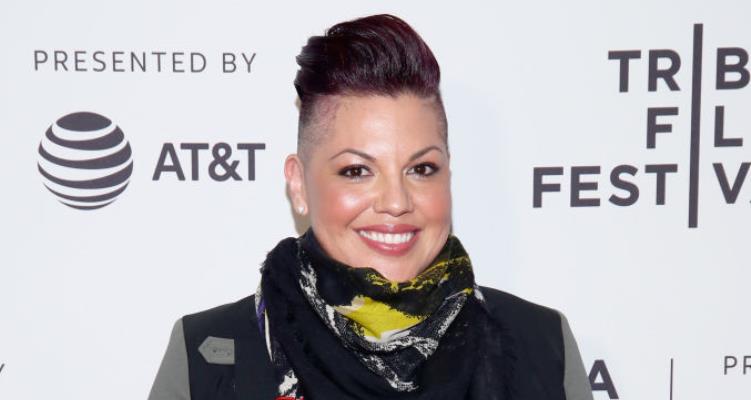 Beloved Grey’s Anatomy character, Callie Torres was written off the show in its season 12 finale after the actress playing her, Sara Ramirez, wanted to explore other options.  She left on good terms with the show’s cast and creator, but fans continue to miss her. However, considering the ever-changing plot on the show, many are hopeful Ramirez might return in the future. Here’s what we know.

Bisexuality Came as a Shock

The Actress Left the Show

#RG @truecolorsfund ・・・ We're excited to announce that our Board Member @therealsararamirez, of Grey's Anatomy and Spamalot fame, will be joining us LIVE to kick off #40toNoneDay tomorrow (4/26) at 11am ET. Help kick off the day by joining our Thunderclap. Link in @truecolorsfund bio.

Callie Torres was written off the show in season 12. She was shown mending fences with her ex-wife, Arizona, with the intention of moving to New York. The twist came after actress Sara Ramirez decided to leave the show. Ramirez announced that she was “taking some welcome time off” from playing Dr. Callie Torres. She released a statement saying, “I’m deeply grateful to have spent the last ten years with my family at Grey’s Anatomy and ABC, but for now I’m taking some welcome time off. Shonda’s been so incredible to work for, and we will definitely continue our conversations! I send my love to Ellen, the rest of the cast and crew, and I look forward to always being a part of the Shondaland family!”

So honored! Hope you can join us in D.C.! @EqualityMarch17 #EqualityMarchForUnityAndPride #itsOurTimeToMarch #LGBTQ ・・・ #RG @equalitymarch2017 We are extremely PROUD and HONORED to announce actor, singer, activist, and Tony Award winner Sara Ramirez as one of our Honorary Co-Chairs and speakers on June 11th in DC! Sara is also a member of the True Colors Fund's Board of Directors!!! #Latinx #Bisexual #truecolorsfund

Shonda Rhimes released a goodbye note saying, “Dr. Callie Torres came into our lives dancing it out in her underwear almost a decade ago, and I could not be happier or more proud of her journey. Sara Ramirez’s performance inspired me as well as millions of fans each week. We wish her the best on her well-deserved time off. I will miss Callie tremendously but am excited for what the future holds for Sara. She will always have a home at Shondaland.”

Hope for a Comeback

In the season 12 finale, Torres is depressed at losing both her daughter, Sofia (Eva Ariel Binder), and her girlfriend, Penny (Samantha Sloyan). Her situation moves her ex-wife to offer joint custody of their baby, and plane tickets to New York. Torres’ exit has upset many of her fans, but the way Ramirez and Rhimes spoke about it, there is a possibility that the character may return to the show. If Ramirez decides to go back to Grey’s Anatomy, viewers may get to see Callie Torres on screen. All we can do is keep our fingers crossed!